When it comes to UFO sightings, the Rendlesham Forest incident is without a doubt one of the strangest cases in the history of UFOlogy. Lt. Col. Charles Halt, a deputy commander of the US Air Force Base received some information about strange sightings near the twin NATO airbases of RAF Woodbridge and RAF Bentwaters in December 1980. Airman First Class John Burroughs reported a UFO sighting on December 26, 1980, early in the morning. It included hazy descriptions of strange supernatural light, glittering triangular spaceships, and scorched footprints on the ground.

The Rendlesham Forest UFO encounter resulted in several direct observations, audio recordings, reports, and ongoing testimony. As a result, a popular phenomenon has emerged, bringing UFO enthusiasts back to this forest for new encounters. However, with so many different angles and perspectives on this story, it has yet to be determined what exactly occurred.

This sequence of events took place between December 26 and December 28, 1980. A mysterious flying object flew at such amazing speeds that it defied physics. Furthermore, despite its incredible speed, the UFO made no noise. Later, round-shaped prints were found on the ground clearly from a heavy object, which were at a distance of about 3 meters from each other. Burns were also seen near these grooves on the ground.

When soldiers were sent on December 28 for a more thorough study of the area, they noted the excess of radiation. And at this time, a UFO reappeared, it flew by with incredible speed, illuminating everything around with bright red lights. The light emanating from the ship was so strong that the sensors of the night sights burned out, and the lights continued to hover and shine over the forest and field for some time.

The incident has two main victims: Staff Sgt Jim Penniston and Airman John Burroughs, who claimed to have witnessed the landing of a triangular-shaped UFO in the forest. In season 18 episode 10 of History Channel’s “Ancient Aliens,” a major witness to the incident, former USAF Sergeant Penniston claims he has evidence the visitors were not extraterrestrials. “They were us,” he said. Previously, he stated that he had been so close to the craft that he managed to touch it. He described the touch as “smooth,” and there were ancient hieroglyph signs on the craft that looked similar to ancient Egyptian letters.

He believes the visitors were future time travelers on a mission to try and fix or correct something heinous that had occurred in Earth’s past. Penniston and other witnesses to this unique meeting reported having catastrophic nightmares as a result of the occurrence. Despite the numerous witnesses and their statements, skeptics believe the incident was a hoax, a misidentification of a secret terrestrial aircraft, or simply a light from a nearby lighthouse.

When Penniston touched the craft, he then said that he felt a strange download of information to his mind, and he felt compelled the next day to write down a series of zeros and ones, which we now regard as binary code. Years later, a computer programmer took this information, ran it through a translation program, and a message emerged. The message read, “exploration of humanity, continuous for planetary advance, Eyes of your eyes, origin year 8100.” When one sees the origin year 8100, one is forced to speculate, might we be looking not just at extraterrestrials but time travelers from the future? said Nick Pope, a former MoD official. 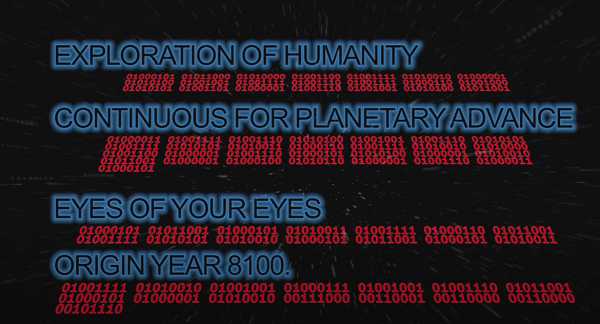 The most ignored part of the incident was the weird time distortions. Interestingly, a video footage was published in 2018 by the British tabloid newspaper, The Sun, where Retired Lt. Colonel Charles Halt can be heard saying that John Burroughs “may have been abducted” and that the men were “unaccounted” for hours. The video was reportedly taken in 2010, when Halt and retired British police detective Gary Heseltine returned to Rendlesham Forest for a documentary that was never completed. Heseltine’s wife captured the footage while the two were discussing the UFO incident during a break.

Halt said: “He [Burroughs] may have been abducted, who knows… You know, there is LOST TIME, we know that? They were not on the radio… You’ve got men out in the forest that you can’t… unaccounted for hours.” According to the men, time seemed as though it slowed and it was difficult to move. Another odd characteristic was everything was void of sound.

Burroughs confirms both the “missing time” and the exact figure: “The fact is our watches were behind and the shift commander said we were missing for 45 min.” There were some formalities to go through. Weapons had to be returned and signed for and a hurried debriefing – the first of many — was carried out. Though they did not realize it at the time, dozens of other military personnel at the twin bases had seen the strange lights and had been watching from a number of vantage points, including the control tower at Bentwaters. Everyone wanted to know what had happened to Penniston and Burroughs, but for them, the immediate aftermath of their encounter was a blur.

There is another mystery to the case explained by author Chet Dembeck. An individual, whose name was censored, asked the British Ministry of Defence (MoD) for verification of a detailed statement made by one of the supposed military officers who responded to the Rendlesham Forest UFO encounter. (Source)

According to the reported account, the unidentified military personnel was one among those called to the incident area shortly after the craft landed and witnessed the strangeness. Dembeck writes, “As he and his fellow airmen approached the craft, which bathed the area in bright, yellow light, the unnamed witness noticed that their shadows were out of sync with their actual movements that were being cast on the UFO that resembled a transparent giant aspirin.”

“Not only did their shadows bend upwards at the head but as they walked and stopped, the shadows would appear to advance one more pace then stop. Stunned and disbelieving of this effect the airman and the other walked and stopped several times, each time noticing the effect repeat itself. Additionally, the third time that they tried this, a light came over the head of a shadow and moved from one head to another.”

According to Dembeck, there is no further reporting on this MoD inquiry. But the author believes this time-distortion explanation lends further weight to this incident.

Even though the USAF had always denied any UFO landing in the Rendelsem forest, Burroughs shared the shocking news about his health. He said that he had been subjected to a high amount of radiation during the investigations of the mysterious craft on three consecutive nights in December 1980.

The US military classified Burrough’s medical records, so neither him nor his lawyer were able to get it. Even the USAF denied that he had been working with them during the time of the incident as claimed by Burrough. Somehow, they got a document from the British Ministry of Defence, which wrote that the site had a high level of radiation during the UFO incident.

Finally, after decades, the US Veterans Association and Department of Defence agreed to pay for his treatment. Besides, in the radiation document, the US military acknowledged the unexplained aerial phenomenon that occurred at the site and caused a physical injury to Burrough. US Pilot Saw 9 UFOs Of Extraterrestrial Origins, Flying At 1,700 km/hr A Month Before Roswell Incident