When a massive star runs out of fuel, its core collapses into a dense object, ejecting the remaining gas in a process known as a supernova.

What remains are mostly neutron stars or black holes. And now, Hubble seems to have documented the instant when a supernova blinked out — implying that it captured the moment a black hole took control.

While some supernova explosions, such as SN 1054, are violent and leave clouds of debris for thousands of years (a.k.a. nebula), the star in question seems to have exploded and then had all its gas pulled back into the black hole at the core. This may occur if the star’s core collapse is very big. Rather than exploding, the gas falls into the star’s core. 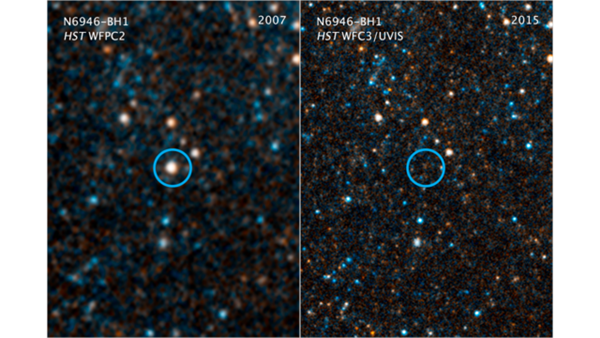 Only a handful of these so-called “massive fails” (yep, that is the term they are using) have been discovered, so astronomers are wary about the findings. However, this particular star, situated in the galaxy NGC 6946, was visible from 22 million light-years distant and faded in an instant, implying the presence of a large stellar-mass black hole. Iowa professor once suggested blowing up the Moon