Last week, several workers unearthed the skeleton of an unknown animal during excavations in the courtyard of an old factory in the eastern province of Igdiro, Turkey.

The length of the intact skeleton preserved underground is about a meter; the animal had predatory teeth. Noticing that some of the skeletal tissues had not yet decomposed, workers reported their discovery to researchers at the Center for Biodiversity Applications and Research at Igdiro University.
Scientists arrived at the site and transported the skeleton to the university. Here, tests will be carried out to determine the type of animal. 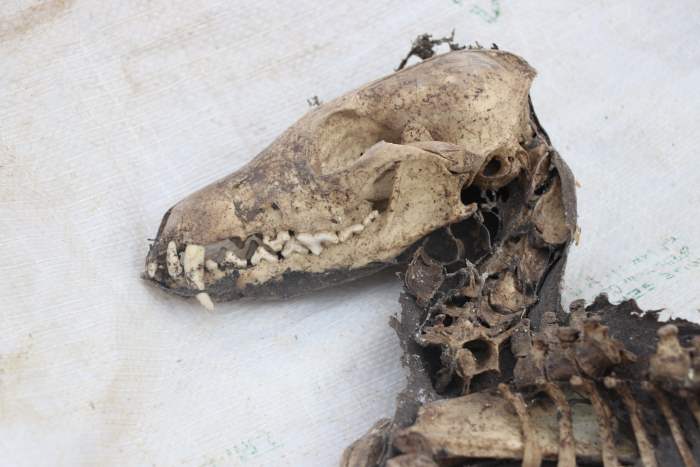 Belkis Muk Yigit, a lecturer at the University of Igdir, told Anadolu (AA) that after research, an attempt would be made to identify the species:

“Then we will make sure that this skeleton is preserved in the museum.”

Excavation manager Yusuf Kytai said workers found the skeleton of an animal while working on a site that had not been used for 30-40 years. The shape of the skeleton caught the attention of the workers, Kitit said, and they reported to the authorities. 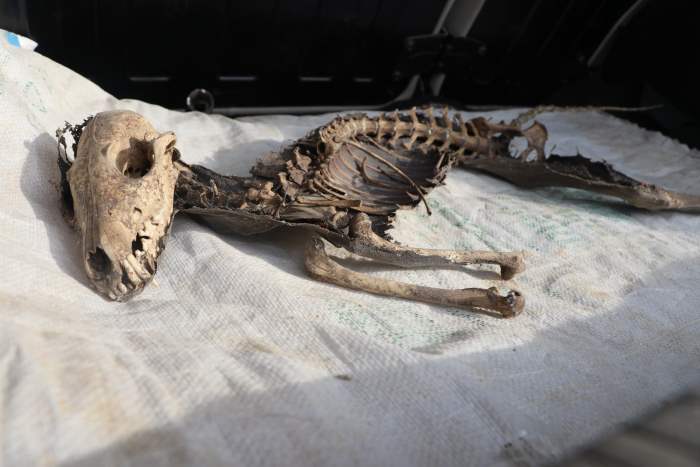 “We informed the authorities that it might be an interesting species with claws instead of hooves, and the creature had sharp teeth. ”

“I hope that something interesting will be discovered and will be useful for science,” he added.

Some have even suggested that it might be the legendary Chupacabra.

The chupacabra is a mysterious creature in the folklore of parts of the Americas, with its first purported sightings reported in Puerto Rico in 1995. The name comes from the animal’s reported vampirism—the chupacabra is said to attack and drink the blood of livestock, including goats.