It is reported that the deformity is associated with a recessive gene mutation passed on to him from his parents.
Many people couldn’t believe their eyes when they logged into Midas’ Instagram and saw bizarre photos of a four-eared Russian Blue kitten. 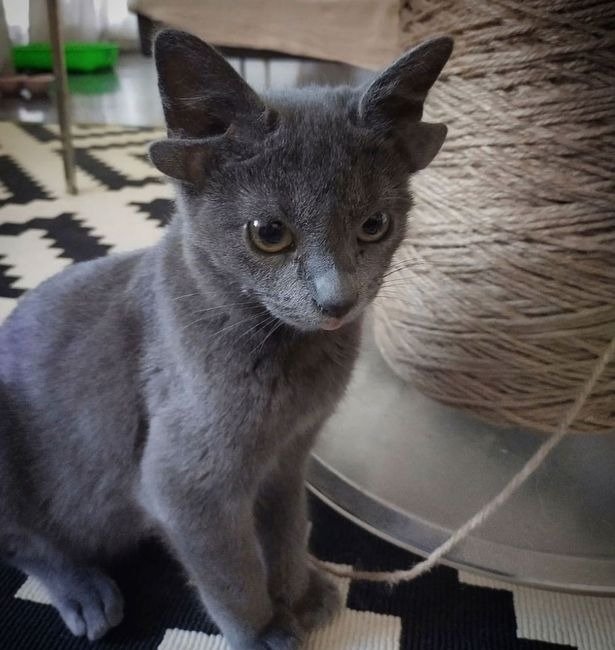 It is pointed out that Midas’ extra ears do not have their own ear canal, they just grow inside normal ears, fortunately without significantly affecting the kitten’s hearing. 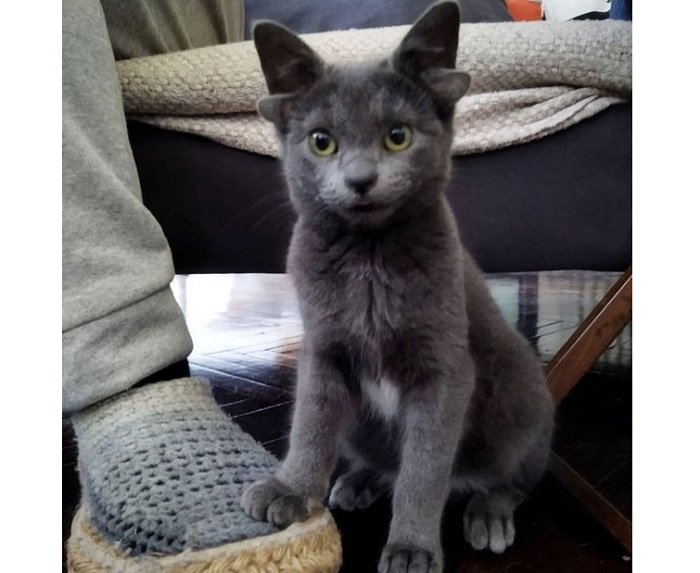 Photo credit: midas_x24 / Instagram
For some time, the four-month-old kitten was in a cat shelter somewhere in Turkey, until it was “adopted” by its current owner.

According to this woman, she took Midas because no one wanted to take him because of his “ugliness”, and she urges other people not to be afraid to take animals that do not look normal.