In 1989 several city in Russia, experienced a wave of sightings involving many U̳F̳O̳s of different shapes and sizes. Starting on April 24, 1989, in Cherepovetsk, a man named Ivan Vesalova reported a craft of enormous size, bigger than any airplane, about a thousand feet above ground.

On June 6, in Konantsevo, several children saw, or claimed they saw, a luminous sphere land in a meadow and a headless person climb out. On June 11, a woman in Vologda reported a fiery sphere crossing the sky, visible for 17 minutes.
In one sighting, about 500 people watched an unidentified craft hovering over their neighborhood. Another craft flew over the nuclear power plant and sent down a ray of some sort, which left a burn mark in the ground. 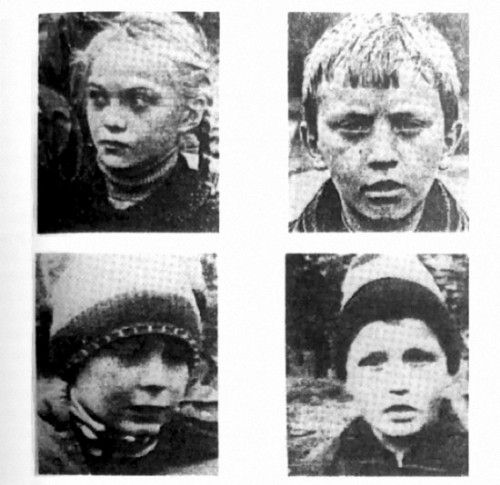 All that, however, was prologue to the Voronezh “landings”. On September that year, hundreds of citizens in Voronezh, saw a spaceship land in a public park. The witnesses claimed that the giant visitors had three eyes and that their craft and their uniforms were all marked with the X symbol.

On the afternoon of September 27, 1989, several children in Voronezh, an industrial center with a population of about one million, were playing soccer in a local park when a giant red sphere, 30 feet in diameter, landed right next to them.

A huge crowd quickly gathered. Suddenly, a hatch opened in the craft and two creatures stepped out. One was a short robotic-looking figure, the other was a gigantic humanoids (12 to 14 feet tall) walked about the town, perhaps sightseeing. The a̳l̳i̳e̳n̳ appeared to have “three eyes,” was wearing a silver jumpsuit, bronze-colored boots, and a round disk on his chest.

Because there were so many witnesses, and because of the earlier wave of sightings, the event caused a huge sensation. The news agency TASS picked up the story, and before long, it was front-page news across the world. 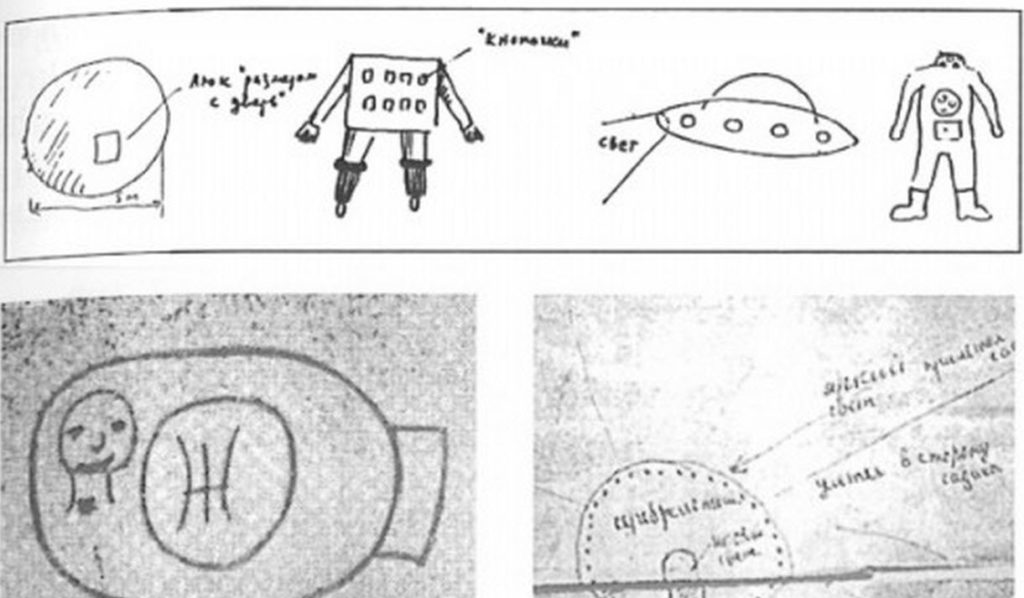 According to TASS, and a report in the newspaper Sovetskaya Kultura, two boys and a girl from a local school – Vasya Surin, Zhenya Blinov and Yuliya Sholokhova – were playing in a park on the warm evening of Sept. 27 when suddenly, at half past six, “they saw a pink shining in the sky and then spotted a ball of deep red color ” about 10 yards in diameter. A crowd gathered, “and they could clearly see a hatch opening in the lower part of the ball and a humanoid in the opening.”

The three-eyed creature, about over 10 feet tall and fashionably dressed in silvery overalls and bronze boots and with a disk on its chest, disappeared, then landed and came out for a promenade with a companion and a robot.

The a̳l̳i̳e̳n̳s seemed to communicate with each other, producing the mysterious appearance of a shining triangle, and activated the robot with a touch. Terrified, a boy began to scream, but with a stare of the a̳l̳i̳e̳n̳’s shining eyes, TASS said, the boy was silenced and paralyzed.

After a brief disappearance, the three returned, but this time one of the “humanoids ” had “what looked like a gun ” by his side – a tube about two feet long that it directed at a 16-year-old boy. The boy, whose name was not given in the report, promptly vanished, but reappeared. Immediately afterward, the a̳l̳i̳e̳n̳s stepped back into the sphere, which took off straight up.

Residents of the city of Voronezh insisted that lanky, three-eyed e̳x̳t̳r̳a̳t̳e̳r̳r̳e̳s̳t̳r̳i̳a̳l̳ creatures had indeed landed in a local park and gone for a stroll and that a seemingly fantastic report about the event carried Monday by the official press agency TASS was absolutely true. 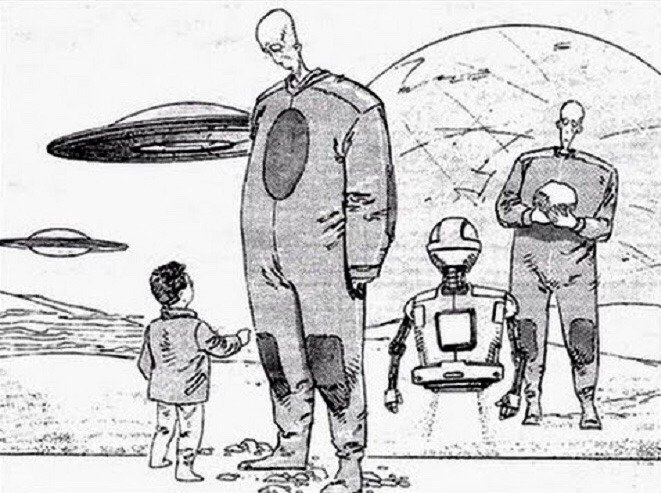 Lieutenant Sergei A. Matveyev confessed that he had not actually seen the a̳l̳i̳e̳n̳s, but said he saw the spaceship and “it was certainly a body flying in the sky, ” moving noiselessly at a very high speed and very low altitude. To be honest, Lieutenant Matveyev said, he was a little skeptical himself when he first saw the object. “I thought I must be really tired, ” he said. “but I rubbed my eyes and it didn’t go away. Then I figured, in this day and age, anything is possible. ”

Vladimir A. Moiseyev, director of the regional health department, said in a telephone interview that despite reports of widespread fear in the city, none of the witnesses had applied for medical help. But he said that “certainly we are planning to examine the children. ” There was no explanation why, with the passing of two weeks, such an examination had not yet taken place.

Mr. Moiseyev, like other authorities in Voronezh, the editors of TASS, and indeed many of its readers, treated the report as a serious scientific phenomenon. No extra men are assigned to patrol the area because the department is short-handed, said the duty officer at the local Interior Ministry department, who identified himself only by his last name, Larin, but he said troops would be dispatched “if they appear again. ”

The TASS correspondent covering the case of the mysterious visitors to Voronezh, Vladimir V. Lebedev, seemed insulted that anyone would treat the story with anything but the full seriousness that it was given by the agency. In a telephone interview, Mr. Lebedev described conversations with dozens of witnesses and with experts who had examined the evidence and spoken to the children. He said there were about three landings of the U.F.O between Sept. 23 and Sept. 29.

In the latest development, not yet reported by TASS, Mr. Lebedev said that Genrikh M. Silanov, head of the Voronezh Geophysical Laboratory, asked the children to draw what they had seen. Drawings said to be similar. Though isolated from one another, he said, the children all drew a banana-shaped object that left behind in the sky the sign of the letter X.

Such descriptions, Mr. Silanov said, were reported as typical of U.F.O.’s in a 1976 article in the now defunct American magazine Saga. Mr. Silanov said that a rock that was reportedly found at the site and described as being not something found on earth was actually a form of hematite, which is found in various parts of the Soviet Union. While not a witness himself, Mr. Lebedev said he had visited the site. “The traces were still seen, ” he said. “I could see holes of a clear shape that resembled the footprints of an elephant. ”

Several scientists investigated and failed to convince themselves that all this was hallucination. The landing was investigated by a wide variety of scientists including medical investigators, psychologists, criminologists, and more. It was discovered that numerous other people in the area had seen and even photographed the U̳F̳O̳s. Some of the witnesses suffered weird side effects such as insomnia. Others reported electromagnetic effects on their TVs and appliances.

Most exciting, however, was the analysis of the landing site. Depressions in the ground showed that the object weighed several tons. Radiation was found in the soil, as were unusually high levels of certain elements—in particular, phosphorus. The Voronezh landing remains one of the most famous U̳F̳O̳ landings in Russian history, and as of yet, it is still unexplained.