In April of 1863, Jules Desnoyers, of the French National Museum, came to St. Prest, in northwestern France, to gather fossils. From the sandy gravels, he recovered part of a rhinoceros tibia. He noticed on the bone a series of narrow grooves.

He also observed small circular marks that could well have been made by a pointed implement. To Desnoyers, some of the grooves appeared to have been produced by a sharp knife or blade of flint.
If Desnoyers concluded correctly that the marks on many of the bones had been made by flint implements, then it would appear that human beings had been present in France during Pliocene era. It is believed that at the end of the Pliocene, about 2 million years ago, the modern human species had not yet come into being. 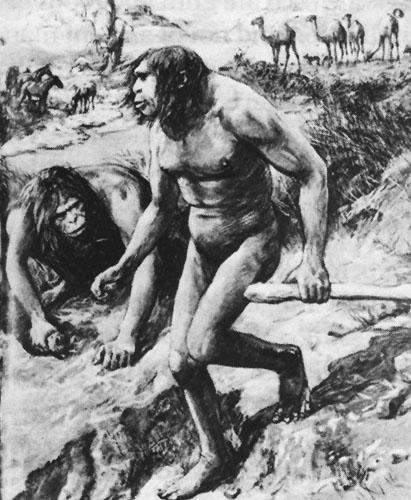 It seems humans existed in the Pliocene Era
Jules Pierre François Stanislaus Desnoyers (October 8, 1800 – 1887) was a French geologist and archaeologist. Desnoyers was born at Nogent-le-Rotrou, in the department of Eure-et-Loir. Becoming interested in geology at an early age, he was one of the founders of the Geological Society of France in 1830.

In 1863, Desnoyers examined his collections of St. Prest fossils at the museums of Chartres and the School of Mines in Paris and saw they bore the same types of marks. He then reported his findings to the French Academy of Sciences.

Some modern scientists have said that the St. Prest site belongs to the Late Pliocene. The presence at that time in Europe of beings using stone tools in a sophisticated manner would seem almost impossible.

Only in Africa should one find primitive human ancestors, and these were limited to Australopithecus and Homo habilis, the latter considered the first toolmaker. According to reports by other scientists, the St. Prest site might be more recent than the Pliocene—perhaps as little as 1.2-1.6 million years old. 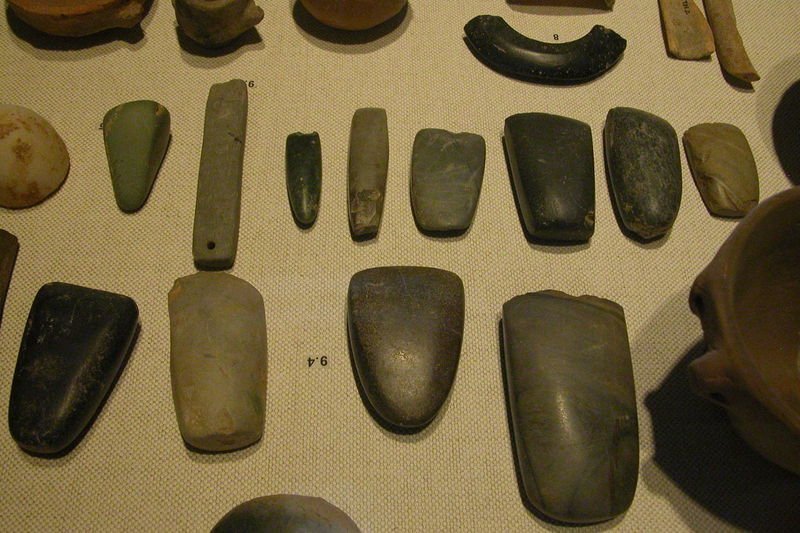 Stone tools from Pliocene Epoch
But the incised bones would still be anomalous. Even in the nineteenth century, Desnoyers’s discoveries of incised bones at St. Prest provoked controversy. Opponents argued that the marks were made by the tools of the workmen who excavated them. But Desnoyers showed that the cut marks were covered with mineral deposits just like the other surfaces of the fossil bones.

The prominent British geologist Sir Charles Lyell suggested the marks were made by rodents’ teeth, but French prehistorian Gabriel de Mortillet said the marks could not have been made by animals. He instead suggested that they were made by sharp stones moved by geological pressure across the bones.

Louis Bourgeois, a clergyman who had also earned a reputation as a distinguished paleontologist, carefully searched the strata at St. Prest for such evidence. By his patient research he eventually found a number of flints that he believed were genuine tools and made them the subject of a report to the Academy of Sciences in January, 1867.

The famous French anthropologist Armand de Quatrefages said the tools included scr̳a̳p̳e̳rs, borers, and lance points. Even this did not satisfy de Mortillet, who said the flints discovered by Bourgeois at St. Prest had been chipped by geological pressure.

In 1910, the famous American paleontologist Henry Fairfield Osborn made these interesting remarks in connection with the presence of stone tools at St. Prest: “the earliest traces of man in beds of this age were the incised bones discovered by Desnoyers at St. Prest near Chartres in 1863.
Doubt as to the artificial character of these incisions has been removed by the recent explorations of Laville and Rutot, which resulted in the discovery of eolithic flints, fully confirming the discoveries of the Abbé Bourgeois in these deposits in 1867.”

Michael Cremo said, “So as far as the discoveries at St. Prest are concerned, it should now be apparent that we are dealing with paleontological problems that cannot be quickly or easily resolved. Certainly, there is not sufficient reason to categorically reject these bones as evidence for a human presence in the Pliocene.”