Scientists led by Benjamin Weiss, a planetary scientist at the Massachusetts Institute of Technology, believe that the moons of Uranus have salt water, which means they can have life.

These are the conclusions reached by astronomers exploring the solar system using powerful telescopes, and also thanks to the data obtained by the Voyager-2 spacecraft.
27 satellites revolve around Uranus, but most of all the researchers were interested in only a few of them: Ariel, Titania, Oberon, Miranda and Umbriel. 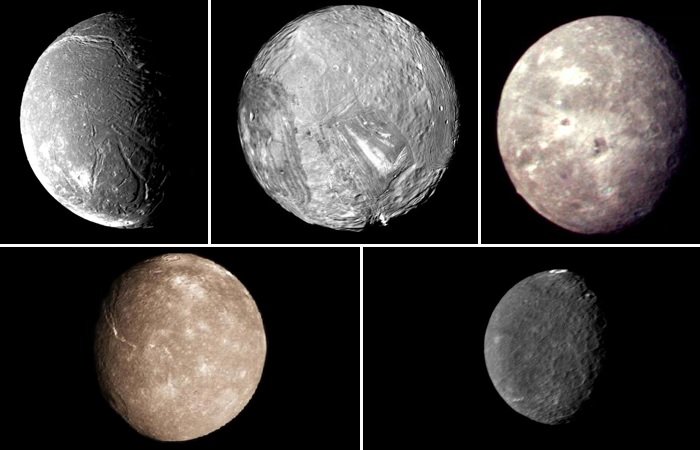 Moons of Uranus
In the process of studying images taken in 1986 by the Voyager 2 spacecraft, the researchers found that all of these five satellites are composed of equal parts of ice and rock and are noticeably pitted with large craters. According to scientists, this suggests that there is water in the depths of these celestial bodies.

Scientists believe they have salt water that may be home to living organisms. It is quite possible, scientists admit, that these organisms may differ from terrestrial life forms.

In addition, the researchers determined the gravitational force of Uranus, which affects its satellites. If there really is salt water on them, and not just ice, then electrical energy should arise in it.

Scientists have planned the first unmanned mission to the planet Uranus in 2042. It will allow scientists to obtain more information about the planet and its satellites

Even the most powerful telescopes do not allow an unambiguous answer to the question of the presence of a̳l̳i̳e̳n̳ life, and scientists can only put forward a variety of hypotheses.

Sending research probes to Uranus would be the best way to get the answer to this question.