The M̳y̳s̳t̳e̳r̳i̳o̳u̳s̳ Shell Grotto was discovered in 1835. It is an ornate subterranean passageway shell grotto in Margate, Kent that remains unsolved today.

Almost all the surface area of the walls and roof is covered in mosaics created entirely of seashells, totalling about 190 square metres of mosaic, or 4.6 million shells.

However, no one knows who cut through Kent’s underground chalk deposits to create this astonishing subterranean cavern with its 70 feet of winding walkways leading to a large chamber. 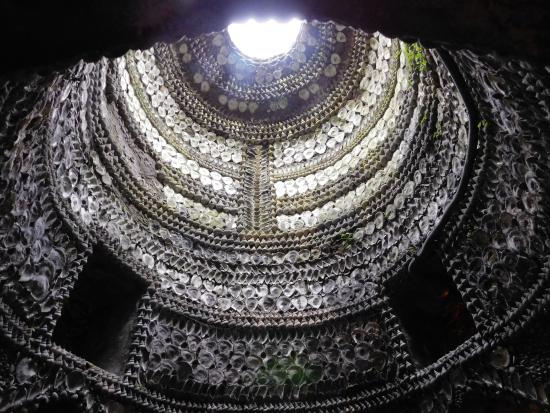 Nor is it clear how they transported some 4.6 million shells and painstakingly adorned nearly every surface — the walls and arched ceilings, all 2,000 square feet of them — with exquisite, enigmatic symbols and designs.

Was it an A̳n̳c̳i̳e̳n̳t̳ temple used for pagan rituals? A meeting chamber for a secret cult? 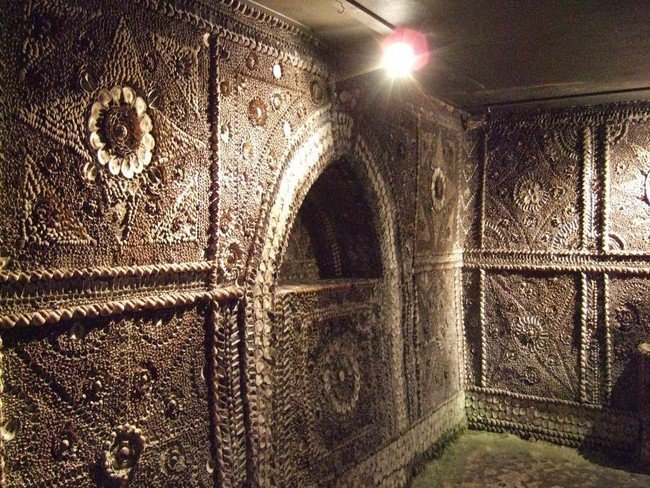 The purpose of the structure is unknown and various hypotheses date its construction to any time in the past 3,000 years. Hypotheses include: it was an 18th or 19th-century rich man’s folly; it was a prehistoric astronomical calendar; it is connected with the Knights Templar or Freemasonry.

Since the 2007 discovery of a domed cave under the Palatine Hill in Rome with shells, mosaics and marble in similar patterns to those in the Rectangular Chamber in Margate, some credence has been given to the theory that the Shell Grotto could have been created by the Phoenicians in the second half of the first millennium BCE, when they were founding many colonies from their base in Carthage.

The latest researcher is Mick Twyman of the Margate Historical Society who has recently published the results of several years study and believes the Grotto may have been associated with the Knights Templar with a construction date of mid 12th century. 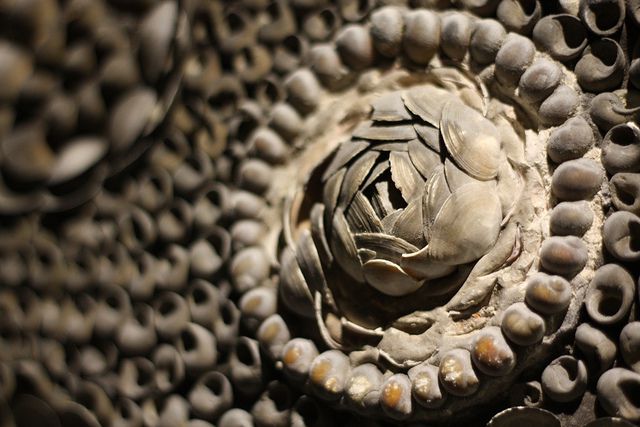 His conclusions are based on the careful measuring of angles within the Grotto and the observance of the position of projected sunlight onto the inside of the dome.

He has also identified design features which he suggests points to the Altar Chamber being an early temple for Masonic rituals.

There are conflicting accounts of the Grotto’s discovery, although most agree on a date of 1835. 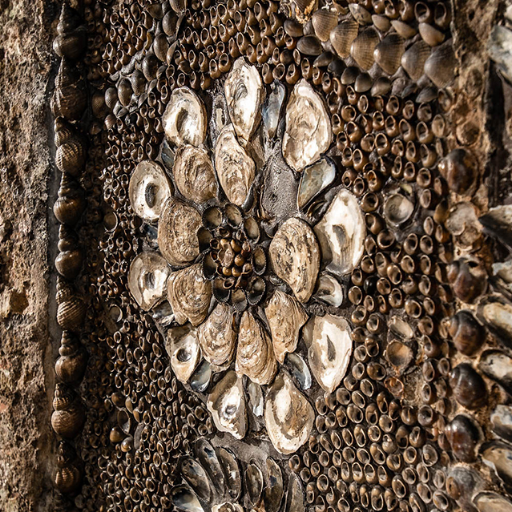 The earliest reference to the discovery appears in an article in the Kentish Gazette of 22 May 1838, announcing its forthcoming opening as a public attraction. It has remained in private ownership ever since.

Whether it originates from the 19th century or the first century, what is indisputable is the sheer beauty of the Shell Grotto of Margate. Experts believe that it probably took multiple generations to create.

It would have been a huge undertaking with the shipment of the shells to the area, excavation of the passageways and rooms, pattern design, and the construction of the mosaics. The unknown origins of Margate’s shell grotto will likely fascinate people for years to come.