Russia is believed to have knowledge of extraterrestrial beings for over 40 years, and retried high rank officials have been trying to expose this secret, but to no avail.

The media seemingly managed to intervene each and every time, thus preventing them from spreading the desired information on a serious manner, or even discredit or ridicule them.

The Soviet era had the Ministry of Defense working on really daring projects that would give soldiers superhuman abilities. During these trials, a team of researchers encountered a signal coming from intelligent lifeforms from outside of the Earth.

The story became known after the man in charge of this top-secret program revealed numerous details to the Russian media. Backing up his claims, Alexey Savin, member of the Natural Sciences Academy, and current lieutenant-general in reserve, has stepped forward and shared his knowledge regarding a group of Russian scientists from the late 80s who could constantly get in touch with representatives of an intelligent species of extraterrestrials.

However, the first man to take action by revealing these shocking facts to the press was Vasily Yeremenco, a now-retired major-general who claims to have used special military technology to retrieve alien intelligence from UFOs encounters.

He admits that information originating from these otherworldly sources were abundant at that point in time, and it helped the Russians shape the future of their country. In fact, his goals were to suppress any conflicts that would arise between Russia and other alien civilizations.

In 1984, the KGB was involved in an ample study documenting unexplained phenomenon near the area of Vladimirovska, a place that hasn’t been randomly picked because most UFO encounters were known to be drawn by dangerous spots where weapons of mass destructions were deployed. 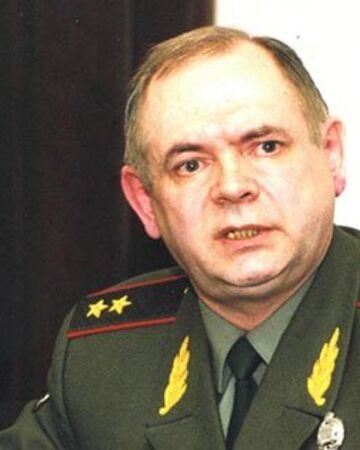 He states that, because of this, the KGB didn’t have to pursue UFOs anymore. They have instead learned how to summon them on their grounds. “We can say that we learned to summon UFOs in Vladimirovska,” Savin said in a news report.

“To do this, we dramatically increased the number of military flights and movement of the equipment. If the intensity on our side increased, UFOs appeared with the probability of one hundred percent.”

The trials were subdued after about half a year of constant UFO summoning. The Russians concluded that science, at least back then, was unable to make a difference between a UFO and a conventional aircraft. At the best, and because of the constant threat of unfinished war, the otherworldly crafts would be confused with new technology tested by either the US or Japan.

Yaremenko discovered that on his own ‘comrades’. “The UFO topic today is ubiquitous,” he said in a press release after his retirement.

“Precisely because of its scandalous nature, serious scientists are not willing to identify their position on this issue. Pilots often see such objects, but they have a veto on this topic, so do astronauts. In confidential conversations they talk about their experiences meeting with UFOs, but they are afraid to speak publicly about this.”

In his acceptance, the UFO topic shouldn’t be taken lightly because it represents a matter of global security.

He furtherly revealed a classified technique used by the KGB to control the human brain by triggering superhuman abilities through it. Proof of the existence and continuity of this project stands DARPA, with its daring plan to create ‘future soldiers’ using futuristic chips implanted inside the brain.

“In the process of research, we came to the conclusion that a human was an energy and information system that receives information from outside. This is precisely why a human can manifest paranormal abilities,” Savin revealed.

Besides the military personnel and scientific crew, a team of woman was assembled to carry out some of the crucial tasks.

Furthermore, Sevin explained how they had achieved a way to communicate with extraterrestrial civilizations using the functions of the human brain that acted as a radio beacon through space, thus allowing the Russians to receive extraterrestrial messages.

“We wanted to make a contact with representatives of other civilizations. And we did it. We had to tune energy-contour of the human brain to a particular wave, like a radio.”

No chemicals or drugs were used on subjects during testing, and the scientists also came up with a way to tell if individuals were making progress or just hallucinating. What happened next was astounding. Six individuals were privileged to actually touch extraterrestrial beings and one member of the team was even granted access to one of their spaceships.

The aliens did give away some information about the structure of their society, but left out important parts like any military details. They supposedly left knowledge of medical procedures that could cure most diseases. Savin told journalists that the human race is so precariously evolved that the aliens would easily compare us to infants.

According to him, “our civilization is too young to be of interest to them as a subject for a dialogue. Because we are also a part of the universe, we may harm ourselves and other civilizations with our foolish actions, so they are looking out for us. ”

In 1993, politics came in the way, the whole project was abandoned and the team disbanded, but the brain manipulation method remained in use at the Gagarin Academy, where a core team of scientist continued to develop and improve the scheme, and it’s no secret anymore that these techniques kept secret by the Russian military are used by the Americans as well.

“Four years ago we tried to repeat the experiment, and we were successful,” Savin said. “Brains and talented people are still present in the defense industry. Why hide something from people? Instead, they need to prepare for new challenges.”

If the aliens come in peace and only want to monitor us for our own good, why is Savin considering that we should be taking this matter seriously, more like a possible global threat, and less like our guardian angels?