The Marree Man geoglyph depicts a 4.2km-long reproduction of a giant Aboriginal figure man holding either a woomera (a throwing stick once used to disperse small flocks of birds) or a boomerang which carved into a desert plateau 20 years ago.

Although it is one of the largest geoglyphs in the world, its origin remains a mystery, with no one claiming responsibility for its creation nor any eye-witness having been found. Speculation and rumour have swirled around the red desert sands due to its size and the mystery surrounding how it came to be there.

Trec Smith, a charter pilot flying between Marree and Coober Pedy in the remote north of South Australia, first spotted the figure from the air on 26 June 1998.The discovery of the geoglyph fascinated Australians due to its size and the mystery surrounding how it came to be there. 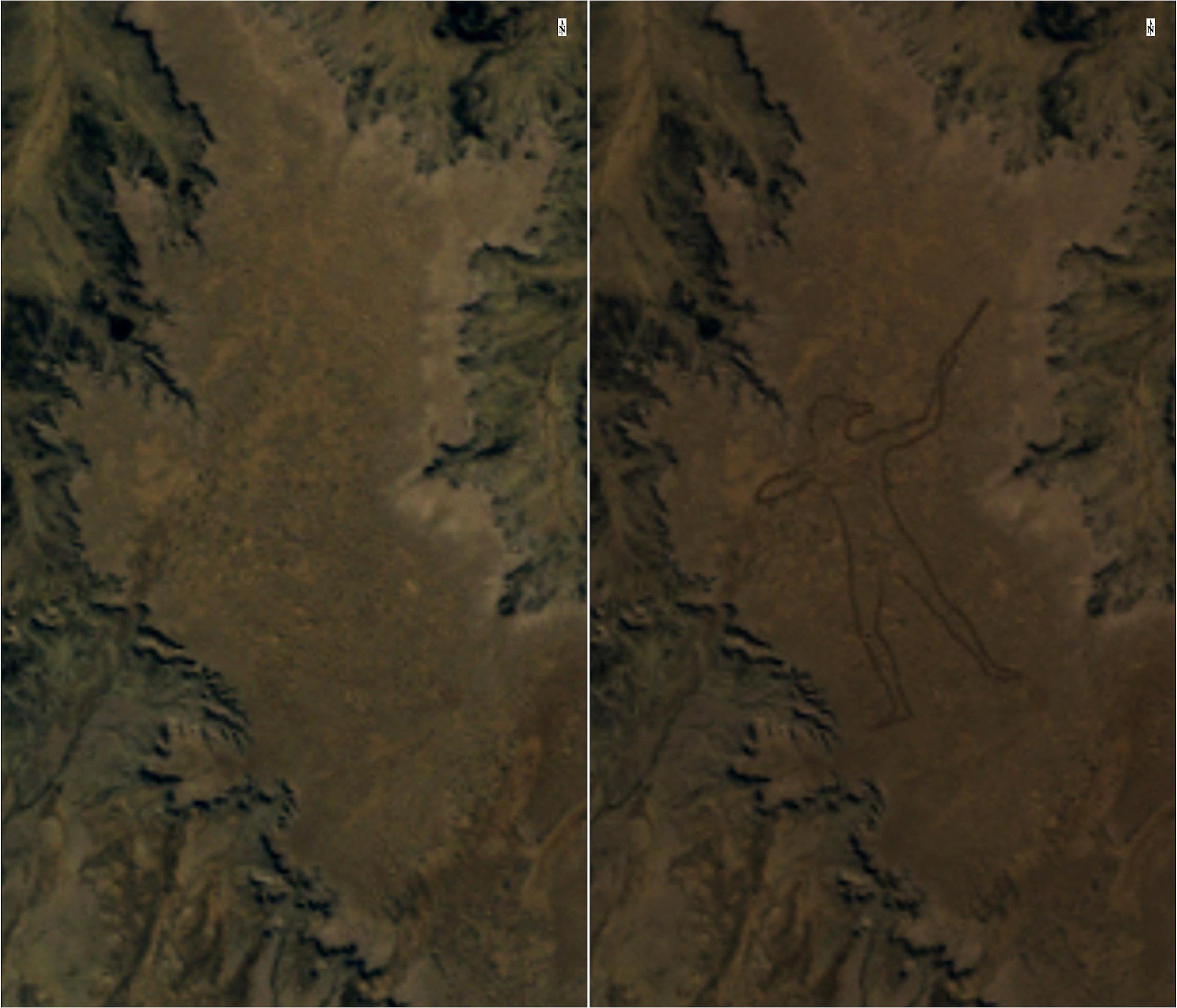 Marree Man has been a subject of fascination since its discovery in the desert about 700km north of Adelaide. It has gained popularity on tourism flights because it is too large to be viewed from the ground. With an outline measuring a total of 28km, Marree Man had an initial depth of about 35cm (14 inches), according to local media reports.

On July 1998, the description “Stuart’s Giant” was used in anonymous faxes sent to media as “Press Releases”, in a reference to the explorer John McDouall Stuart.

It was reported that a small glass jar had been found in a trough freshly dug at the site containing a satellite photo of Marree Man together with a note bearing a US flag and references to the Branch Davidians and “Stuart’s Giant”.

By December 1998, it had been noted that the outline matched, in reverse, that of the Artemision bronze sculpture raised from the bottom of the Adriatic Sea in 1928. 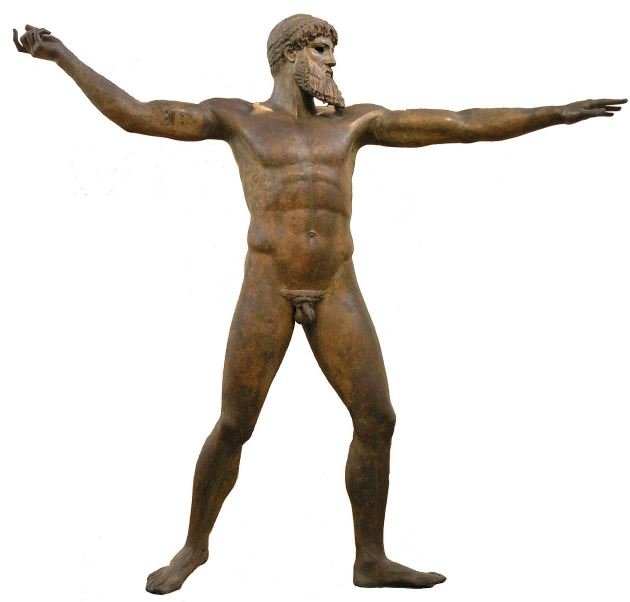 The Arabana people are the traditional owners of the land on which Marree Man was created. Arabana Aboriginal Corporation manager Lorraine Merrick said its appearance in 1998 had initially upset some Aboriginal people who viewed it as a desecration of their land.

However, Ms Merrick said the corporation – which administers the land – recognised that Marree Man had become an icon.

Bardius Goldberg, a Northern Territory artist who died in 2002 and lived at Alice Springs, has been suggested as the creator of the work. Goldberg, who was known to be interested in creating a work visible from space, refused when questioned to either confirm or deny that he had created the image.

Several years ago, adventurer and entrepreneur Dick Smith decided to find out whodunit. Smith and his team set up a private and comprehensive website that includes exhaustive lists of contacts, images, videos and cuttings.

Yet, despite huge amounts of work and research, the makers of Marree Man remain largely ­hidden, leaving Smith stumped but not defeated. His ­research continues and he is offering a $5000 ­reward for any evidence on who conceived and executed the artwork.