Shiprock, or the Winged Rock, is located on Navajo Nation lands in the northwestern corner of New Mexico. Millions of years ago, a volcano stood in this place. As its activity decreased, the magma feeding the volcano hardened into solid rock, crystallizing part of the volcano’s “circulatory system.”

Over eons, the softer overlying rock eroded, exposing the hidden workings of the A̳n̳c̳i̳e̳n̳t̳ volcano. The Shiprock and the surrounding land have religious and historical significance to the Navajo people.

It is mentioned in many of their myths and legends. Foremost is the peak’s role as the agent that brought the Navajo to the southwest. 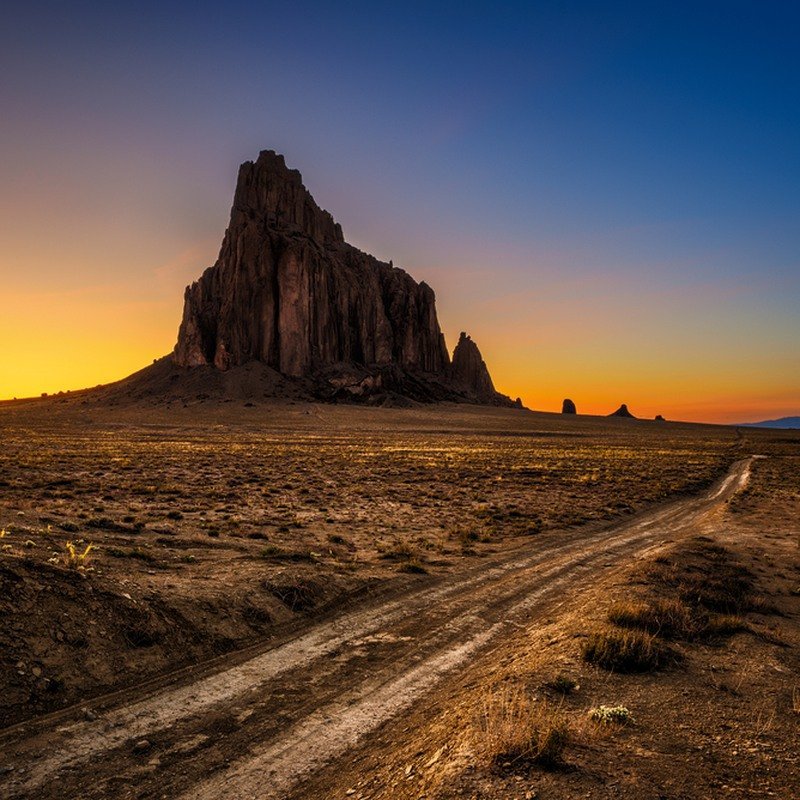 Ship Rock is a sacred mountain to the Navajo people that figures prominently in Navajo mythology. The primary legend tells how a great bird carried the ancestral Navajos from the far north to their current homeland in the American Southwest.

The A̳n̳c̳i̳e̳n̳t̳ Navajos were fleeing from another tribe so shamans prayed for deliverance. The ground beneath the Navajos became a huge bird that transported them on its back, flying for a day and a night before landing at sunset where Shiprock now sits.

Diné, the people, climbed off the Bird, which rested from its long flight. But Cliff Monster, a giant dragon-like creature, climbed onto the Bird’s back and built a nest, trapping the Bird.

The monster’s coagulated blood formed the dikes, while grooves on the Bird drained the monster’s blood. The Bird, however, was fatally injured during the great battle. Monster Slayer, to keep the bird alive, turned the bird to stone as a reminder to the Diné of its sacrifice.

Other Navajo myths tell how the Diné lived on the rock mountain after the transport, descending to plant and water their fields.

During a storm, however, lightning destroyed the trail and stranded them on the mountain above sheer cliffs. The ghosts or chindi of the dead still haunt the mountain; Navajos ban climbing it so the chindi are not disturbed. Another legend says Bird Monsters lived on the rock and ate humans. 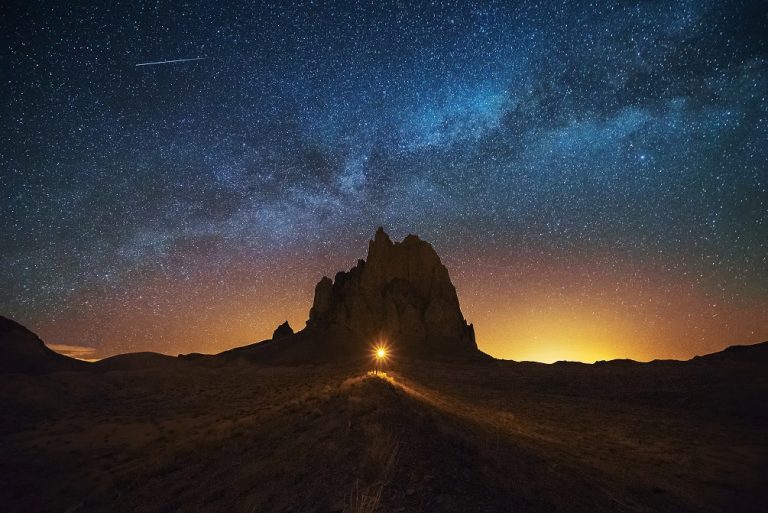 Later Monster Slayer killed two of them there, turning them into an eagle and an owl. Other legends tell how young Navajo men would climb Ship Rock as a vision quest.

Ship Rock Is Illegal to Climb

In late March 1970 based on American Alpine Journal 1971 accident report, an injury to a climber caused the Navajo Nation to ban rock climbing not only on Shiprock but all over the Navajo Nation.

The Navajo Nation announced that the ban was “absolute, final and unconditional”, and was due to “the Navajo’s traditional fear of de̳a̳t̳h̳ and its aftermath, such accidents and especially fatalities often render the area where they occur as taboo, and the location is sometimes henceforth regarded as contaminated by evil spirits and is considered a place to be avoided.”

The pinnacle is located on private property areas from the Navajo grazing holders and is currently monitored and overseen by Shiprock tribal community advocates. There are two Navajo chapter tribal government organizations that claim jurisdiction over the formation.

The Navajo tribal parks and recreation does not have jurisdiction over the formation due to its not presently being a tribal park. The formation is highly considered a sacred and religious site to the Navajo people.