The Ganzfeld experiment is a controversial experiment originally used by parapsychologists to test telepathy and clairvoyance.

Over the years it has since been adapted by paranormal investigators with the thought that by depriving our senses, we are potentially opening up our minds for a spirit to deliver us some sort of message or have a paranormal experience. The question is, does it work? Depends who you ask.

According to Sarah Chumacero, writer of the blog Living Life In Full Spectrum, Ganzfeld is a controversial experiment that has been adapted by paranormal investigators to give the sitter an opportunity to perhaps have a paranormal experience.

It has of course been adapted into a Hollywood movie (The Ganzfeld Haunting) and you will often see youtube videos of people attempting the experiment during a paranormal investigation. What is the history of this experiment and what was its initial purpose? Does it work?

What is the Ganzfeld experiment and how does it work?

Ganzfeld is coined from the term ‘total field or whole field’. Ganzfeld is german for ‘complete field’. In the mid 1970s, parapsychologists began designing mental telepathy experiments as they thought it would scientifically prove the existence of telepathy and clairvoyance.

It was in particular focused on the assumption that a person could mentally transmit an image to another person. It was based on the studies of German psychologist Wolfgang Metzger who in the 1920s and 1930s found through his experiments that when subjects focused on a particular field of vision that was plain with no features, that they would start to hallucinate and see images that were not there and their brain activity also changed during this time.

It works on the assumption that psi abilities are perhaps blocked by an outside influence, in this case, our surroundings both sound and visual. Was it just the brain hallucinating or was it allowing the psi abilities to present themselves in the form of visions?

How does the Ganzfeld experiment work?

There were three people used in the original experiment. A sender, a receiver and an experimenter. The receiver was placed in a comfortable chair in a soundproof room. Headphones were worn that play white or pink noise. Over the eyes, cut in half ping pong balls were used with a red light shining on their face.

Before the testing began, a relaxation tape was played to put the receiver in a relaxed state. The experiment then begins. The receiver is asked to say out loud what they are seeing or feeling as they are to keep their eyes open.

They are asked to do this for a few minutes before the room is sealed shut. They are asked to keep verbalising what they see and feel. The experimenter has direct communication with this room and can see and hear everything and they can communicate to the receiver if needed.

The sender is in another room which should be soundproofed. They have 4 clear packets that are called a target. The packets contained either a picture or a short video and should be very different to one another.

The sender is to concentrate to try and see if they can telepathically send the image or video to the receiver in the other room. It is up to the sender to randomly select which packet they choose to ‘send’. 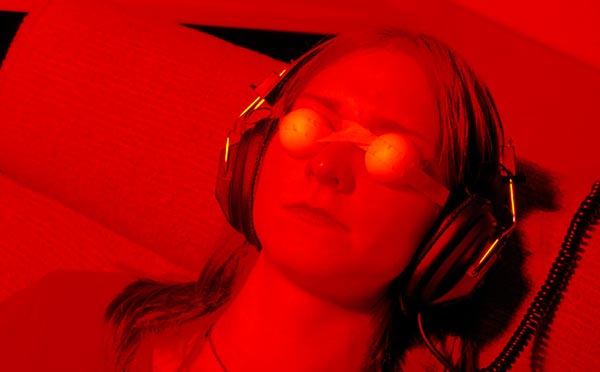 The whole process took around 15-30 minutes per session. At the end of the session, the receiver is then shown all 4 of the targets.

They were then asked to rate which one matches any mental pictures they received during the time they were under sensory deprivation. Because there was a ¼ chance they could randomly guess the correct target, a 25% success rate was a baseline figure.

Did the experiment work in proving mental telepathy?

Between the years 1974 and 1981, 42 Ganzfeld experiments were conducted that were reported or published. Parapsychologists Charles Honorton was one of a couple were the first to lead the charge with these experiments and adapt them to parapsychology.

55% of the studies came back with positive results with a successful hit rate of 38% correctly identifying the correct targets (Remembering that 25% was the baseline). Psychologist Ray Hyman critically analysed the results.

There were however some issues with the testing conditions. One of the guidelines for example in the experiment was that it was to take place in a soundproof room (noise cancellation headphones like we have today were not around) so there was a potential for the sitter to pick up on outside noise and influence.

It was thought that it would be possible that the receiver may have been able to hear the discussions of the sender therefore tainting the results. There were also issues with the randomization of the target image.

As the target was chosen at random by the sender, there is a possibility that the sender and receiver could have met beforehand to discuss the order. For these reasons and also how it has been documented, there is a lot of criticism from the wider community.

The second set of experiments was introduced in 1983 through to 1989 by Dr Rick Berger called the ‘autoganzfeld experiments’ which helped to learn from the mistakes of the first study. Instead of the targets being randomly picked by the sender, the process was automated so that no pattern in selection could be predicted. 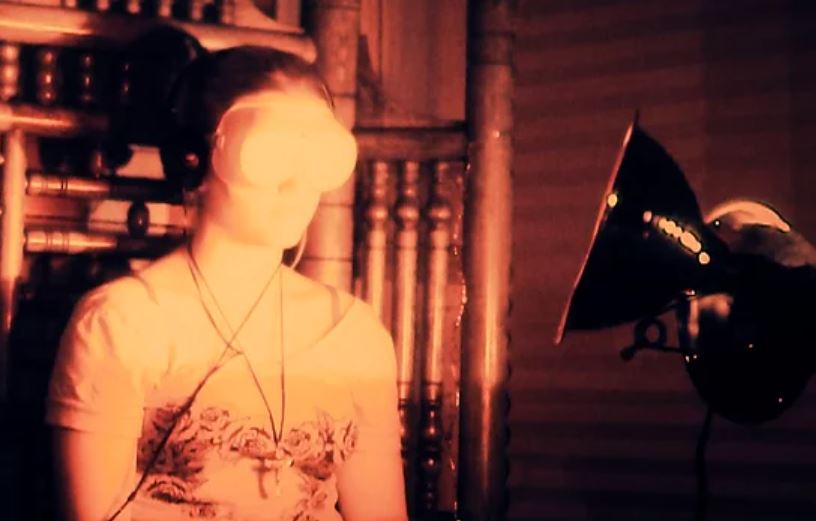 In this study, there was a hit rate of 34% when again 25% was the baseline. In both cases, you have a figure above the baseline reading indicating successful results.

Parapsychologists widely believe that these experiments provided scientific proof of telepathy or clairvoyance. Critics however don’t believe it proved this at all. If anything, they believe it proved that tighter guidelines should be introduced in the future to be able to study it and the results properly.

The sentiment was acknowledged by the creators of the original set of experiments. In 1986 after extensive analysis of the experiments and their results, Honorton and Hyman released a joint statement concluding:

“In our joint paper, both Honorton and I agreed that there were sufficient problems with this original database that nothing could be concluded until further replications, conducted according to specified criteria, appeared.”

In the joint paper, they wrote: “We agree that there is an overall significant effect in this database that cannot reasonably be explained by selective reporting or multiple analysis. We continue to differ over the degree to which the effect constitutes evidence for psi, but we agree that the final verdict awaits the outcome of future experiments conducted by a broader range of investigators and according to more stringent standards.”

How has the Ganzfeld experiment been adapted for Paranormal Investigation

Somewhere along the way, the experiment has been adapted for a variety of things. Some people call it a ‘mind hack’ and use drugs to hallucinate (according to the forums of the internet, something I do not recommend at all). Another use is during a paranormal investigation.

To conduct the experiment on a paranormal investigation, the intention is not to prove or test mental telepathy. It is to see if the sitter has any sort of paranormal experience. Spiritually it is thought that by depriving your senses, you are opening your mind for a spirit to communicate to you.

Instead of putting people in separate rooms, you are obviously in one room, preferably one that has reports of paranormal activity. The same sort of process applies in having the sitter sit or lie comfortably in a chair. A red light is pointed onto them and white ping pong balls are used over their eyes.

If in doubt you can either use what is called rolling noise which is a combination of all of them or just stick the white noise. You obviously have someone to watch over the experiment and should not be done alone, just for your own safety. They can stop the experiment if you get too distressed. Paranormal experience or not, if you are hallucinating, some people become distressed. 10 minutes is usually a good time frame, but you can go for shorter or longer.

There is also no hard and fast rule that you have to use a red light. There have even been experiments with logs on the results that have been gained using different colours which people have also published online. In fact, some investigators have had a lot of luck with a blue or green light. It can easily be achieved by putting coloured cellophane over white light.

Have you tried the Ganzfeld? Did it work for you?