The Desert of Jordan is home to many mysteries. Recently, the discovery of giant circles has come to light and though not much is known about them, these structures raise many questions.

Satellite images show these circles very clearly. Their sizes range from 700 to 1,500 feet (215 to 450 meters) in diameter. Eight of them have been discovered at the edge of the Sahara, in west central Jordan while four more so-called Big Circles were found north of the Azraq Oasis in the Middle East.

Those who see them wonder about who might have made them or what purpose they served. The existence of these a̳l̳i̳e̳n̳ drawings makes no sense as they can only be fully viewed from above. Why was the desert chosen as the location for the Big Circles? 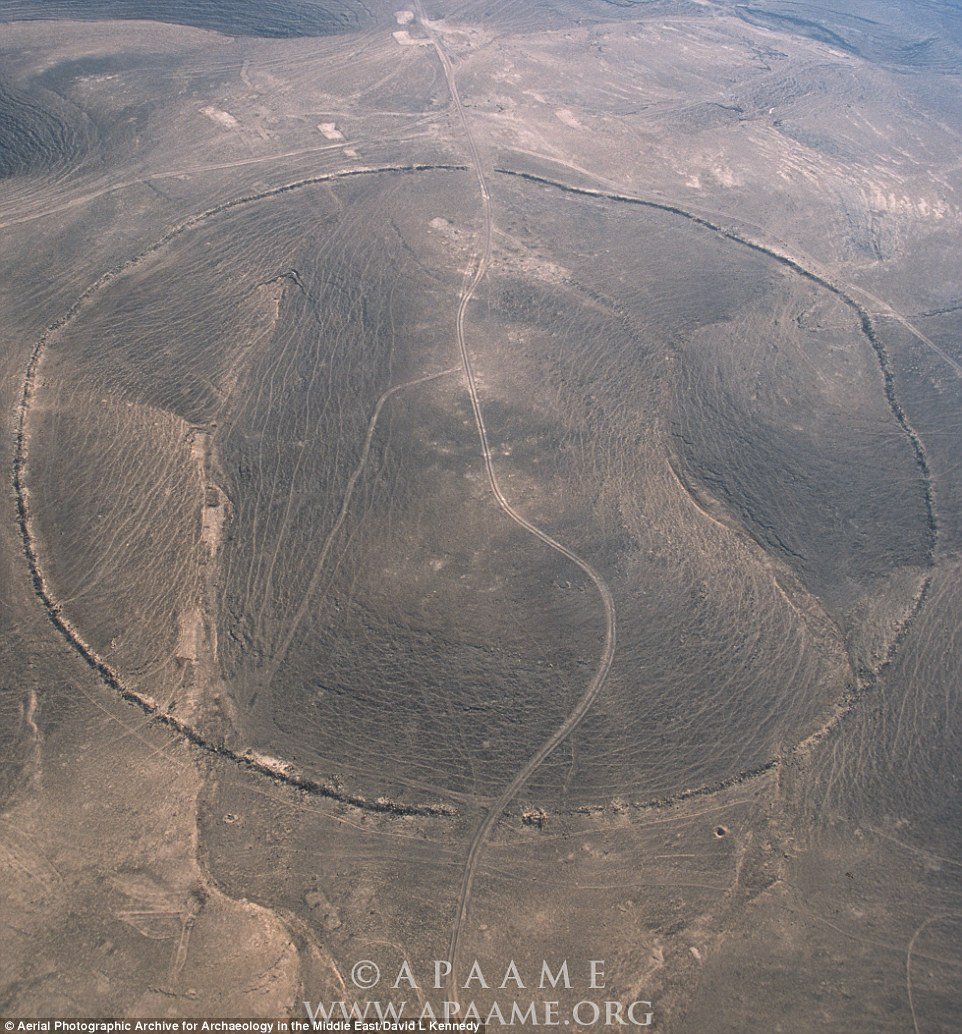 Artifacts found near the circles suggest they are at least 2,000 years old but possibly much older. They could even date back to prehistoric times, before the invention of writing.

The circles were first spotted during the 1920’s, when flying became more common. Before that, they were virtually unknown. This has lead many to believe their purpose was to be seen from above, serving as primitive beacons. 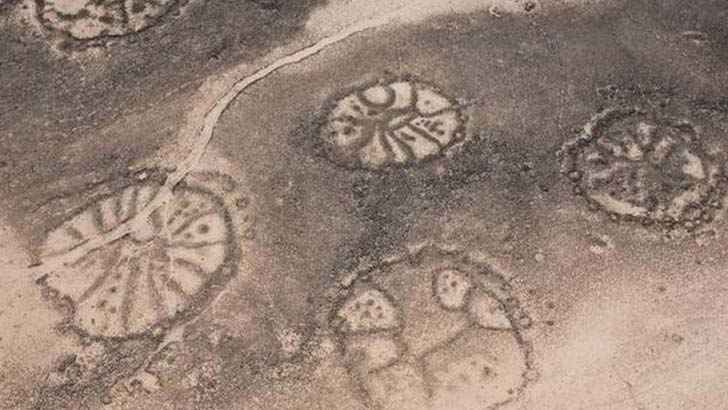 Were A̳n̳c̳i̳e̳n̳t̳ people of the Middle East visited by a̳l̳i̳e̳n̳s? Were they expecting their return and thus signaled suitable landing sites?

Halfway around the world are other seemingly a̳l̳i̳e̳n̳ drawings – the Nazca lines of Peru. They are just as old and equally enigmatic.

Professor David Kennedy from the University of Western Australia is one of the few researchers who studied the relic structures.

Satellite imaging showed the circles were aimed to be geometrically precise and were constructed with great care and effort. The volume of work and precision of the constructs led him to believe this wasn’t a quick task and it probably involved dozens of workers.

“As soon as you get up a few hundred feet, it all comes into focus. You can suddenly see the shape of what you’ve been looking at,” Kennedy said.