One of the most intriguing A̳n̳c̳i̳e̳n̳t̳ texts, the Tulli Papyrus chronicles one of the earliest mass U̳F̳O̳ sightings.

It also has an interesting backstory. In 1933, Alberto Tulli, director of the Egyptology section of the Vatican Museum, discovered a unique papyrus in one of Cairo’s antique shops. Unfortunately, it was priced too high — even for the Vatican — so Tulli resorted to copying down its contents.

When he later returned, the papyrus was gone. Two decades later, Italian Egyptologist Prince Boris de Rachewiltz announced that he had located the original papyrus, “untranslated and unpublished.” 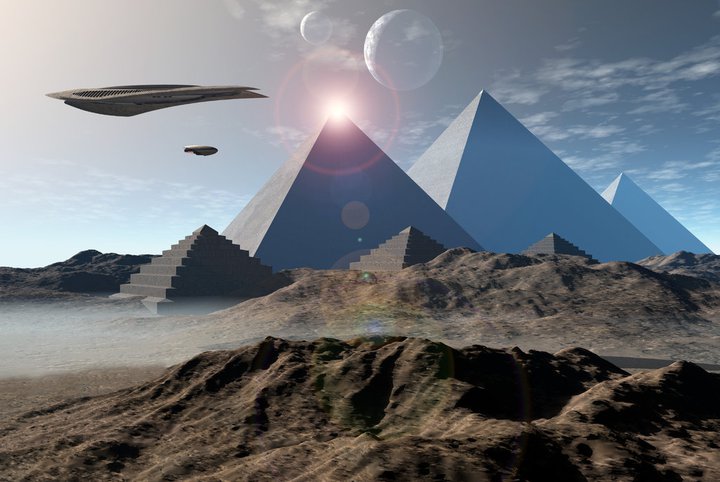 While incomplete, the papyrus painted a pretty clear picture:

“In the year 22, of the third month of winter, sixth hour of the day […] among the scribes of the House of Life it was found that a strange Fiery Disk was coming in the sky. It had no head. The breath of its mouth emitted a foul odor.

“Its body was one rod (172 feet or approximately 50 meters) in length and one rod in width. It had no voice. It came toward His Majesty’s house. Their heart became confused through it, and they fell upon their bellies. They [went] to the King to report it. His Majesty [ordered that] the scrolls [located] in the House of Life be consulted. His Majesty meditated on all these events which were now going on.” 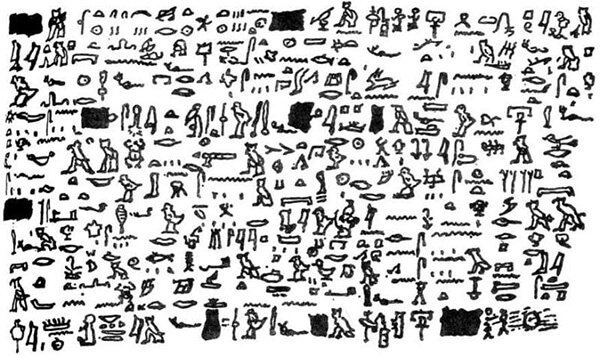 A copy of a copy of the Tulli Papyrus

“After several days had passed, they became more numerous in the sky than ever. They shined in the sky more than the brightness of the sun, and extended to the limits of the four supports of heaven[…] Powerful was the position of the Fiery Disks.

“The army of the King looked on, with His Majesty in their midst. It was after the evening meal when the Disks ascended even higher in the sky to the south. Fish and other volatiles rained down from the sky, a marvel never before known since the foundation of the country.

“And His Majesty caused incense to be brought to appease the heart of Amun-Re, the god of the Two Lands. And it was [ordered] that the event [be recorded for] His Majesty in the Annals of the House of Life [to be remembered] forever.”

The pharaoh in question is Thutmose III, and the event happened in the first years of his reign, somewhere around 1480 BC.

As evidenced by the existence of this text, this event was one of great importance. The scribes’ reactions of fear and bewilderment are consistent with the unprecedented apparition of an enormous flying object. 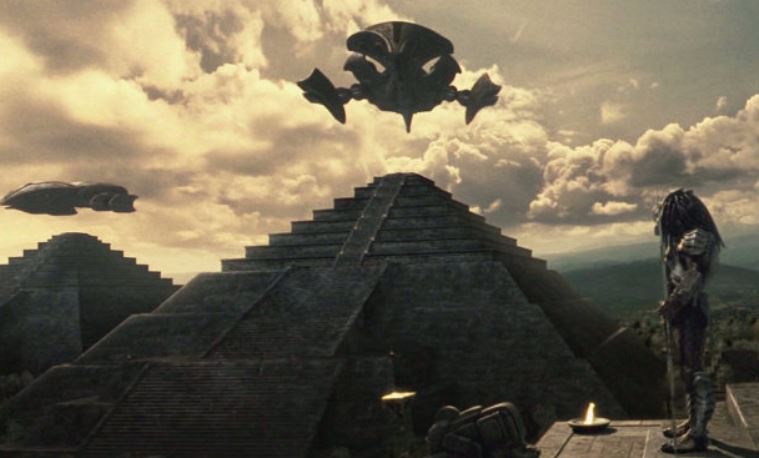 It is described as being silent while its exhaust emitted toxic gasses. Its shape is described as a disk with “no head”, possibly metallic due to its high reflectiveness. A few days after being visited by this scout, the entire U̳F̳O̳ armada reveals itself.

The fleet’s departure is marked by a strange, unprecedented event: fish and “other volatiles” raining down from the sky. Did the U̳F̳O̳s refuel using water from the Nile and then dump the extra passengers scooped up? Could be.

The Tulli Papyrus does not mention whether a contact was established with the visitors, but it’s interesting to see that a decidedly a̳l̳i̳e̳n̳ civilization was interested in the Egyptian Empire while it was at its height.

Nobody knows where the original papyrus is today. When researcher Samuel Rosenberg wrote to the Vatican Museum to get the chance to examine the A̳n̳c̳i̳e̳n̳t̳ text, he got the following reply:

“Papyrus Tulli not property of Vatican Museum. Now it is dispersed and no more traceable.”