We’ve been asking ourselves “Are we alone?” for millennia. Greek philosopher Anaximander (circa 610–circa 546 B.C.) is credited with starting the discussion about “cosmic plurality”—the idea of multiple or even an infinite number of planets exists with e̳x̳t̳r̳a̳t̳e̳r̳r̳e̳s̳t̳r̳i̳a̳l̳ life.

This philosophical-turned-scientific question is still fashionable—but it’s time to stop asking it. The answer has always been staring us in the face. No. We are not alone. Of course, as a scientist, I cannot say this with 100-percent certainty, but experience suggests that this is the reality.

As with every astronomical discovery, once we have found one new object or phenomenon, we’re sure to find more. We have discovered one data point in the quest for life in the universe: Earth. The challenge after a first detection is to figure out how to find more efficiently. 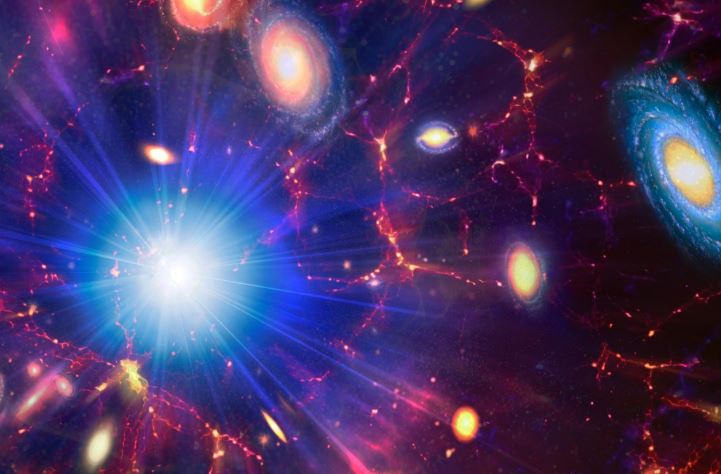 Some phenomena are more or less common, but there is never just one—a single instance alone in the cosmos. After the first supernova was recorded in the year 1054, several more were observed over the next few hundred years.

Then, more recently, came a flood of discoveries as dedicated telescopic searches have been designed to find them. Now we use supernovae to measure the acceleration of the universe and study how the elements created by stars are dispersed throughout the universe.

It was big news when the first exoplanet was confirmed orbiting a sunlike star. The first handful were discovered in the mid-1990s. Now, just 20 years later, the count is into the thousands.

Thanks to the spectacular (and statistical) results of NASA’s Kepler Space Telescope, we now know that almost every star is likely to host at least one planet. Suddenly, it’s planets everywhere.

We’re now also discovering planets in the “habitable zone,” in which liquid water can exist on the surface. We discovered the first one in 2012.

Three years later we’re up to 30 such planets, and the probable result of this explosion of discovery will be the confirmation of thousands.

Statistics already tell us that roughly 20 billion planets might have the potential to host life in our Milky Way galaxy alone, which is only one of 100 billion galaxies in our universe.

For the past 30 years, the SETI Institute has been leading the effort for the search for intelligent life elsewhere in the universe, and it continues to improve its telescopes and experimental techniques.

What may be more promising is the search for biomarkers: gases in the planet’s atmosphere that are indications of past or present life on the surface of the planet.

This is now possible with the discovery of transiting exoplanets—those that eclipse their star periodically, whose atmospheres can be probed when back-lit by the star.

Astronomers are already trying to do this, and we will be greatly aided by the novel capabilities of the James Webb Space Telescope, due for launch in late 2018. We may have conclusive evidence of some form of life elsewhere in the universe by the time self-driving cars are the norm.

It is true that our search is completely guided by our understanding of ourselves on this planet, narrowing our ability to identify life elsewhere. But the near-certainty of life outside of the Earth should help us transition from “Are we alone?” to “What now?”

If we can move past the question and accept that the probable answer is “No,” then we can stop diverting our focus and resources away from the profound significance and overall benefit of such awareness.

Such investments in the scientific search for life elsewhere are absolutely necessary to understand life on Earth (and ourselves) by comparing biochemistries and to develop a generalized theory of evolution.

Furthermore, should everyone become fully aware that we are indeed not alone in the universe, there would be significant cultural and sociological ramifications for our society.

The sense that we are alone causes our viewpoint to remain narrow and individualized. If we knew we were one life form among many, I expect we would feel less divided. For example, right now you’re probably aware of many differences between yourself and your most annoying neighbor. But if you imagine the two of you in another country whose language you do not speak—you and your neighbor would suddenly feel close. The existence of a “them” changes the “us” forever.

When you know that you are all fundamentally one in the same, it’s much easier to connect to your neighbor, or the homeless person on the street, or that person on the airplane whose skin or passport is a different color from yours. Really.

Once our differences are no longer the focus, we will become more comfortable with those who are different from us. Perhaps our political views will change, our cultural fears dissipate, and our treatment of strangers will improve, as we will have adopted a new sense of oneness. If you could zoom out and look at Earth as just one of many inhabited planets, the lines of our borders would blur, and the divisions of culture and religion would melt.

This may sound a bit cheesy, but it is actually an often-used scientific technique—to reduce “noise” by averaging over many observations and getting a clearer picture of reality without the distractions of the small-scale, irrelevant signals in our data.

Similarly, I expect the excess details of our cultural and political divides are clouding our ability to see the big picture. And knowing that we are (almost certainly) not alone can be the pivotal moment to see our true collective self.

Although we will never know another Earth as well as we do ours, knowledge of e̳x̳t̳r̳a̳t̳e̳r̳r̳e̳s̳t̳r̳i̳a̳l̳ life will provide us a new context for our planet both culturally and scientifically.