A bizarre deep-sea species of brittle star is the sole survivor of 180 million years of time and evolution.

Tim O’Hara – the senior Curator of Marine Invertebrates at Museums Victoria – takes a closer look at a very unusual type of creature that lives deep down at the bottom of the sea.

Let me introduce you to Ophiojura, a bizarre deep-sea animal found in 2011 by scientists from the French Natural History Museum, while trawling the summit of a secluded seamount called Banc Durand, 500 metres below the waves and 200 kilometres east of New Caledonia in the southwest Pacific Ocean.

Ophiojura is a type of brittle star, which are distant cousins of starfish, with snake-like arms radiating from their bodies, that live on sea floors around the globe.

Being an expert in deep-sea animals, I knew at a glance that this one was special when I first saw it in 2015. The eight arms, each 10 centimetres long and armed with rows of hooks and spines. And the teeth! A microscopic scan revealed bristling rows of sharp teeth lining every jaw, which I reckon are used to snare and shred its prey.

As my colleagues and I now report in Proceedings of the Royal Society B, Ophiojura does indeed represent a totally unique and previously undescribed type of animal. It is one of a kind – the last known species of an A̳n̳c̳i̳e̳n̳t̳ lineage, like the coelacanth or the tuatara. 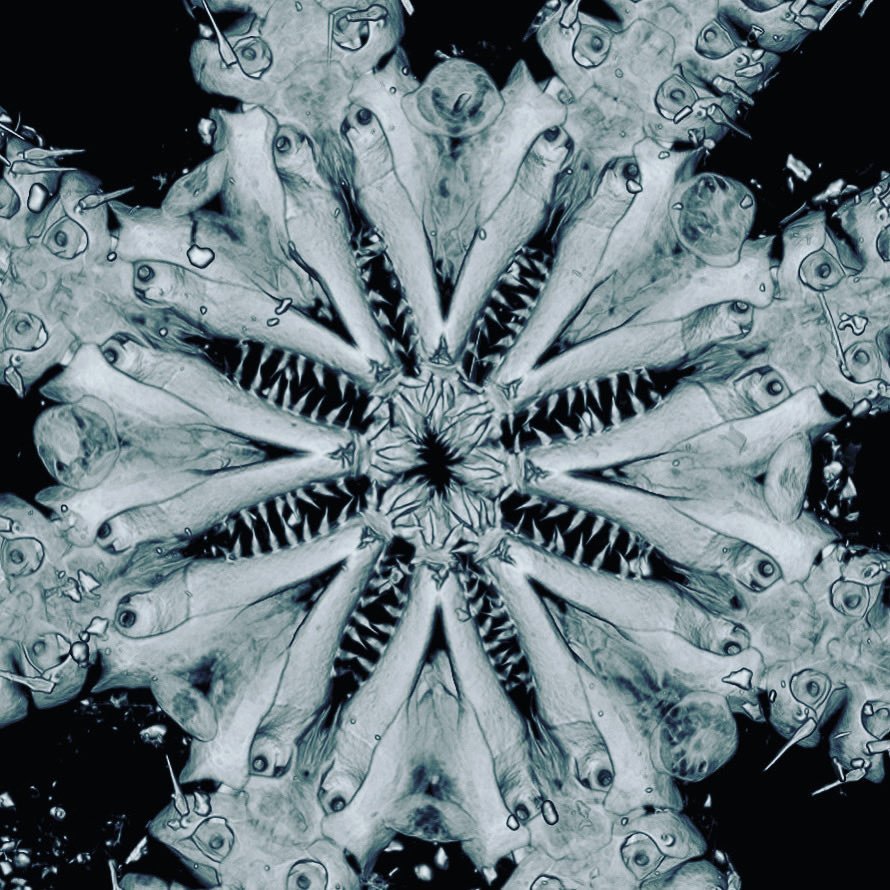 We compared DNA from a range of different marine species, and concluded that Ophiojura is separated from its nearest living brittle star relatives by about 180 million years of evolution. This means their most recent common ancestor lived during the Triassic or early Jurassic period, when dinosaurs were just getting going.

Since then, Ophiojura’s ancestors continued to evolve, leading ultimately to the situation today, in which it is the only known survivor from an evolutionary lineage stretching back 180 million years.

Amazingly, we have found small fossil bones that look similar to our new species in Jurassic (180 million-year-old) rocks from northern France, which is further evidence of their A̳n̳c̳i̳e̳n̳t̳ origin.

Scientists used to call animals like Ophiojura “living fossils”, but this isn’t quite right. Living organisms don’t stay frozen in time for millions of years without changing at all. The ancestors of Ophiojura would have continued evolving, in admittedly very subtle ways, over the past 180 million years.

Perhaps a more accurate way to describe these evolutionary loners is with the term “paleo-endemics” – representatives of a formerly widespread branch of life that is now restricted to just a few small areas and maybe just a single solitary species.

For seafloor life, the centre of palaeo-endemism is on continental margins and seamounts in tropical waters between 200 metres and 1,000 metres deep. This is where we find the “relicts” of A̳n̳c̳i̳e̳n̳t̳ marine life – species that have persisted in a relatively primitive form for millions of years.

Seamounts, like the one on which Ophiojura was found, are usually submerged volcanoes that were born millions of years ago. Lava oozes or belches from vents in the seafloor, continually adding layers of basalt rock to the volcano’s summit like layers of icing on a cake.

The volcano can eventually rise above the sea surface, forming an island volcano such as those in Hawaii, sometimes with coral reefs circling its shoreline.

But eventually the volcano dies, the rock chills, and the heavy basalt causes the seamount to sink into the relatively soft oceanic crust.

Given enough time, the seamount will subside hundreds or even thousands of metres below sea level and gradually become covered again in deep-sea fauna. Its sunlit past is remembered in rock as a layer of fossilised reef animals around the summit. 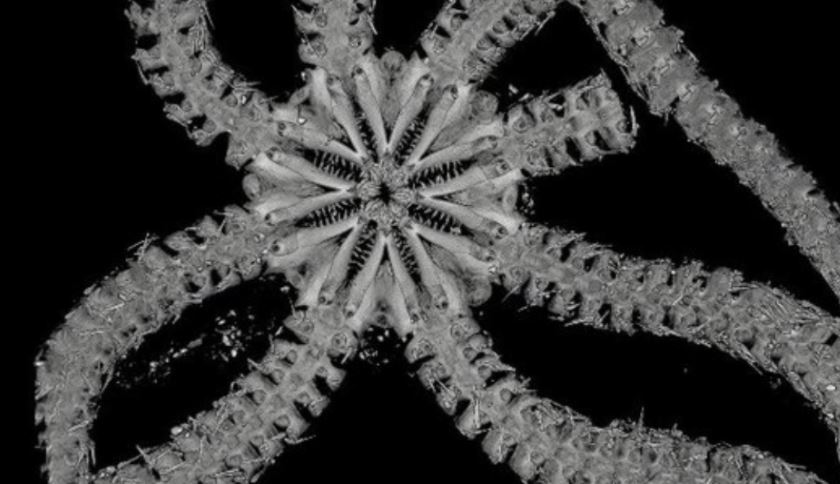 While our new species is from the southwest Pacific, seamounts occur worldwide and we are just beginning to explore those in other oceans.

In July and August, I will lead a 45-day voyage of exploration on Australia’s oceanic research vessel, the RV Investigator, to seamounts around Christmas and Cocos (Keeling) Islands in the eastern Indian Ocean.

These seamounts are A̳n̳c̳i̳e̳n̳t̳ – up to 100 million years old – and almost totally unexplored. We are truly excited at what we may find.

Seamounts are special places in the deep-sea world. Currents swirl around them, bringing nutrients from the depths or trapping plankton from above, which feeds the growth of spectacular fan corals, sea whips, and glass sponges.

These in turn host numerous other deep-sea animals. But these fascinating communities are vulnerable to human activities such as deep-sea trawling and mining for precious minerals.

The Australian government recently announced a process to create new marine parks in the Christmas and Cocos (Keeling) regions. Our voyage will provide the data required to manage these parks into the future.

The New Caledonian government has also created a marine park in offshore areas around these islands, including the Durand seamount.

These marine parks are beacons of progress in the global drive for better environmental stewardship of our oceans. Who knows what weird and wonderful treasures of the deep are yet to be discovered.