Archaeologists once again examined the A̳n̳c̳i̳e̳n̳t̳ Hittite sanctuary – the Yazilikaya temple, built 3200 years ago on the territory of modern Turkey.

It is possible that this is a gigantic map of the universe and a calendar. The findings, which some experts consider controversial, are cited in an article published in the Journal of Skyscape Archeology.

According to the study, the Yazilikaya temple had an unusual purpose. According to archaeologists, the A̳n̳c̳i̳e̳n̳t̳ 3,200-year-old sanctuary could be both a giant map of the cosmos and a calendar. 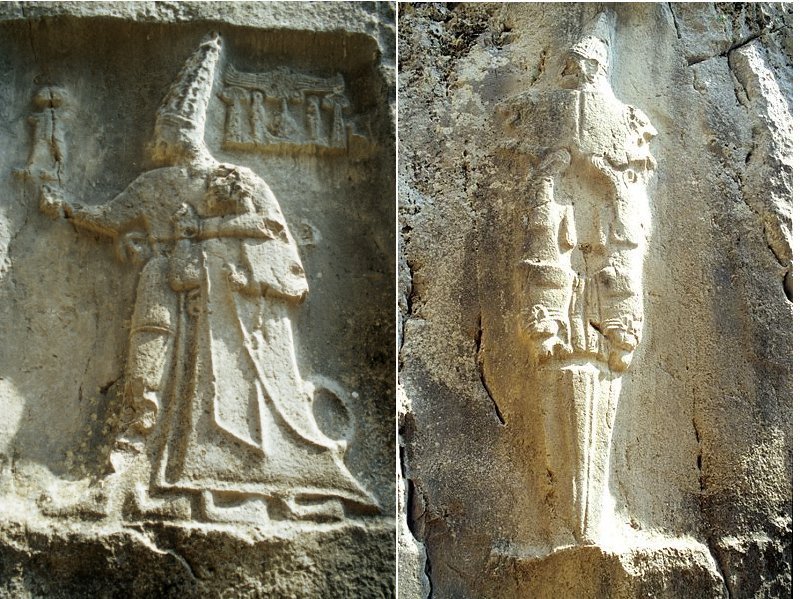 Left: Rock carving in Chamber B depicting god Sharruma and King Tudhaliya dated to around 1250 – 1220 BC. Right: Nergal, the underworld god in the era of Old Assyria and Old Babylonia.

Yazilikaya is a temple that was one of the most important monuments of the Hittite Empire. The ruins of the Hittite capital Chattush are located near the modern village of Bogazkale in central Turkey.

In Yazilikaya, the Hittites carved natural rock outcrops to create two roofless spaces on which the reliefs of their deities were created. This site dates back to around 1230 BC.

Among the many different hypotheses about the purpose of this sanctuary, one seems very plausible. Swiss scholars Eberhard Sanger and Rita Gotchi believe that one of the two premises was used for New Year’s ceremonies, and the other served as a mausoleum for the Hittite king.

Archaeologists have also suggested that some images of the gods served the Hittites as a calendar. It is possible that the Yazilikaya temple reflects the ideas of the A̳n̳c̳i̳e̳n̳t̳ Hittites about the creation of the Universe and the map of the cosmos.

The Hittites were convinced that the whole world arose out of chaos and was divided into three levels: the underworld, the terrestrial and the sky.

Research has shown that one of the groups of deities in Yazilikai depicts stars that never fall below the horizon. Other images are most likely associated with the earth and the underworld.

Another aspect of Hittite cosmology was the periodic renewal of life. The calendar created by A̳n̳c̳i̳e̳n̳t̳ people reflects a cyclical view of nature, for example, the change of day and seasons.