Archaeologists have discovered a magic staff that is more than 4400 years old. It is executed in the form of a snake, most likely a viper. The figure is very naturalistic and resembles a crawling reptile. The find was found in the southwest of Finland near one of the lakes, reports Science Alert.

Satu Koivisto, a wetland archaeologist and researcher at the University of Turku in Finland, said he was delighted with the discovery. The staff is perfectly preserved. Järvensuo – the place where the artifact was found turned out to be very useful for historians and researchers. 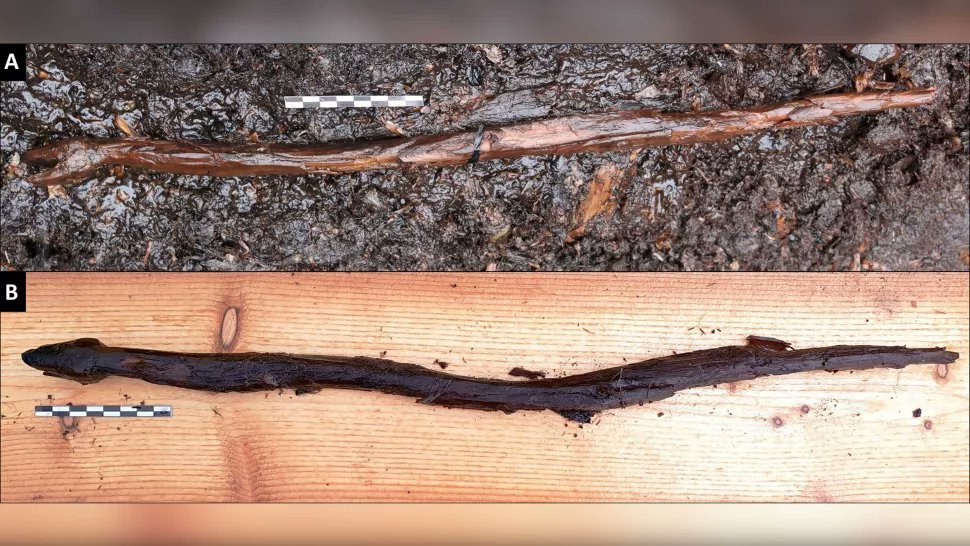 It was carved from a single piece of wood. Secondly, the realism of this artifact is admirable. The stick is 53 cm long, about 2.5 cm thick. It has the correct outline of the body and head. Anatomically exactly depicts a reptile.

An ordinary person would hardly need such an ornate staff. Most likely it was used by a shaman or sorcerer. The artifact is over 4000 years old and was made in the Neolithic era. At the time, religion and magic were closely related.

In pre-Christian times, it was believed in the Finno-Ugric and Sami cosmology that a shaman could turn into a creeping reptile. Unfortunately, at that time, the Finns did not yet use the letter, and there are simply no records that could clarify the situation.

That’s very cool. But, maybe put it back so we don’t anger the serpent shamans and their gods?