Known to harbour a powerful and enigmatic cult, the mysterious island of Hy-Brasil has intrigued adventurers and historians for centuries, and has even captivated the attention of U̳F̳O̳ researchers in recent times.

A mysterious island became known to European sailors that traversed the seas hundreds of years ago. It was called Hy-Brasil, a place rumored to have been the residence of an advanced race of humanoids with otherworldly powers. 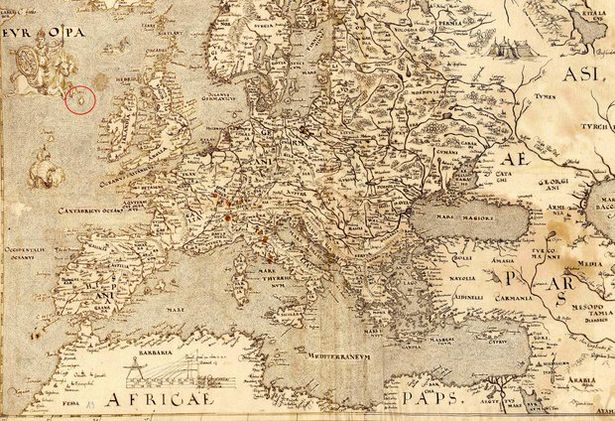 Some sailors went on an endeavour to find the island, but apparently it only showed up randomly, and its exact coordinates vary most of the time, although it was reported in the same area of the North Atlantic Ocean.

In Irish folklore, Hy-Brasil was said to be veiled in dense mist, except for a single day every seven years when it turned visible, but was still unreachable without the ability to climb or fly.

Its name is derived from the word ‘Breasal,’ which translates as ‘High King of the world’ in Celtic dialect. First cartographer to mark it on map in 1325 was Genoese cartographer Angelino Dulcert. He used the term ‘Bracile,’ but further on, in 1375, the Catalan Atlas referred to the isle as ‘Illa de brasil’ and illustrated it as two distinct islands.

It continued to abound its mystery when, in 1436, it appeared in the Venetian map of cartographer Andrea Bianco as ‘Sola De Brasil.’ The isle was again present in 1595 on the Ortelius Map of Europe and Europa Mercator Map, and also on different other charts in the years that followed, although its whereabouts differed slightly.

Intrigued by what they could find upon reaching Hy-Brasil, sailors voyaged to its alleged location in numbers. Records speak of John Jay Jr. who departed from Bristol, England, in 1480, and had spent two weeks at sea before returning with his hopes shattered. In 1481 was the turn of Trinity and George who took off with two ships from the same location in England, only to return empty handed like their predecessor. 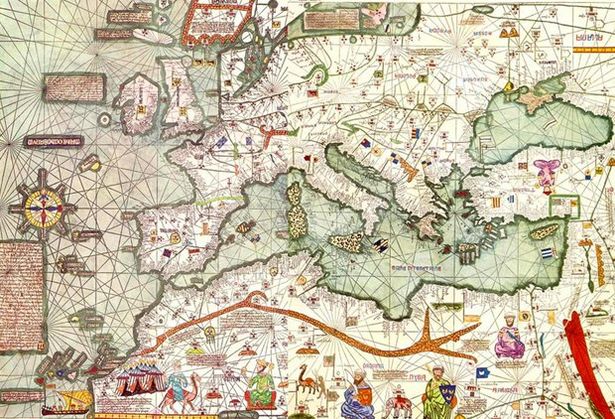 Not all voyagers from Bristol were unlucky though, as one of the records remind of Spanish diplomat Pedro de Ayala who told the Catholic Monarchs of Spain about John Cobot (first European to visit North America since the Vikings) and his successful attempt to find the notorious island.

Another fortunate sailor was Scottish sea captain, John Nesbet, who stumbled across Hy-Brasil while traveling from France to Ireland in the year 1674. Upon seeing the illustrious isle, he is said to have sent a four-man crew to its shores. The sailors had allegedly enjoyed a full day on the island.

According to the captain’s tale, the crew met an elderly man who offered them gold and silver. The cherry(s) on top of the cake that dazzled the sailors were the big black rabbits and the mysterious magician encountered there. They were said to reside inside a massive fortification made of stone.

Although the story was probably hard to digest even by the people living in those times, there was a second expedition led by Alexander Johnson which took place about the same time and confirms Nisbet’s testimonial.

Nothing is mentioned about the bizarre island until 1872, when Robert O’Flaherty and T.J Westropp claimed to have set foot there once. In fact, Westropp mentioned about him visiting Hy-Brasil on three other occasions. So that people would believe his claims, he brought his entire family there to witness the baffling isle with their own eyes. 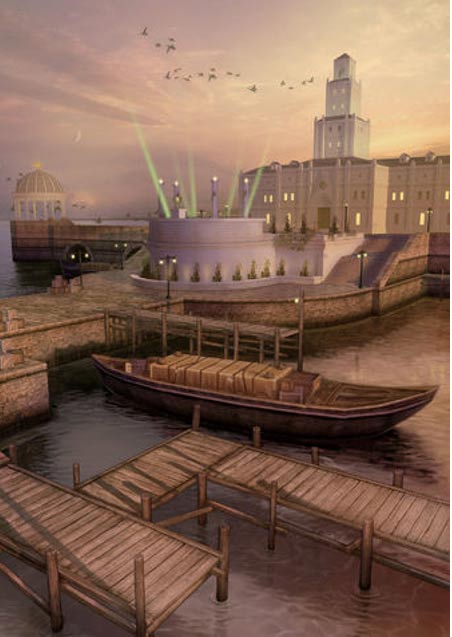 An artistic representation of what Hy-Brasil may have looked like. Credit: OtakuD50

Hy-Brasil appears in numerous myths, and on various maps, so it’s likely that at least a grain of truth resides at the bottom of this story. Some say the isle is home of Irish gods, others believed it to be inhabited by an advanced civilization. Although no modern records remind of Hy-Brasil, nor does it appear on nautical charts, there is one event in recent history that makes a direct reference to it.

In what is known as the ‘Britain’s Roswell incident,’ a military official received the coordinates of Hy-Brasil in the most peculiar way.

After a bizarre craft was seen outside a US military base in the Rendlesham forest, UK, in close proximity to a nuclear facility, Sergent Jim Pennistone went on to investigate and actually discovered a flying saucer. Upon touching it, a telepathic message consisting of 16 pages of binary code was imprinted to his mind.

After Penniston had translated the code in the years that followed, he found various coordinates sending to iconic places such as the Pyramid of Giza and the Nazca Lines.

What is more peculiar is that the top and bottom of the transcript began with the coordinates of Hy-Brasil, or at least the place commonly referred to by sailors across the ages. An unexplained origin year of 8100 was also part of the decoded message.

There are various charts revealing the mysterious Hy-Brasil, but since no recent evidence of its existence has recently been found, mainstream historians refer to the case as one of mistaken identity or location.

Other enthusiast cartographers allude that Hy-Brasil could have been the so-called Porcupine Bank, an island discovered in 1862 that only made itself noticed when the tides were extremely low. Some historians hint at the end of the last Ice Age, when sea level worldwide was much lower.

In this case, it’s possible that Hy-Brasil was a reminder of an actual mythical place that survived the test of time through those who vividly reminded of it, one generation after another.

Whatever the case, the puzzle of this fabled island will further intrigue those who seek to know more about our A̳n̳c̳i̳e̳n̳t̳ past, because it could be a reminder of an alternative historical version of the world we live in.