An uncovered letter written by John F Kennedy to the head of the CIA shows that the president demanded to be shown highly confidential documents about U̳F̳O̳s 10 days before his assassination, reports dailymail.co.uk.

The secret memo is one of two letters written by JFK asking for information about the paranormal on November 12 1963, which have been released by the CIA for the first time.

Author William Lester said the CIA released the documents to him under the Freedom of Information Act after he made a request while researching his book ‘A Celebration of Freedom: JFK and the New Frontier.’

The president’s interest in U̳F̳O̳s shortly before his de̳a̳t̳h̳ is likely to fuel conspiracy theories about his assassination, according to AOL News.

A̳l̳i̳e̳n̳ researchers say the latest documents, released to Mr Lester by the CIA, add weight to the suggestion that the president could have been shot to stop him discovering the truth about U̳F̳O̳s.

In one of the secret documents released under the Freedom of Information Act, JFK writes to the director asking for the U̳F̳O̳ files. 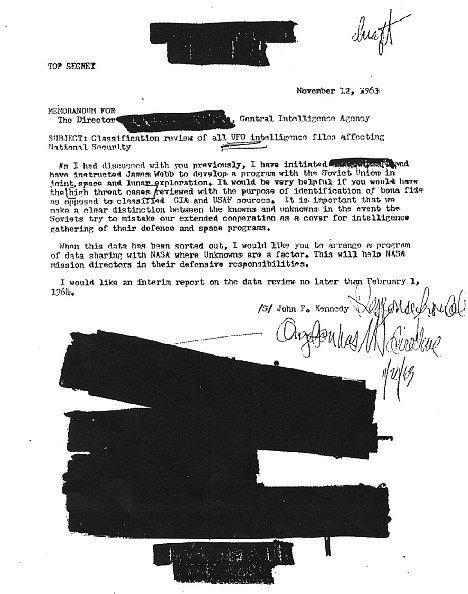 Letter from JFK to CIA director asking for access to U̳F̳O̳ files, which has been released to an author under the Freedom of Information Act

In the second memo, sent to the NASA administrator, the president expresses a desire for cooperation with the former Soviet Union on mutual outer space activities.

The previously classified documents were released under the Freedom of Information Act to teacher William Lester as part of research for a new book about JFK.

He said that JFK’s interest in U̳F̳O̳s could have been fuelled by concerns about relations with the former Soviet Union. 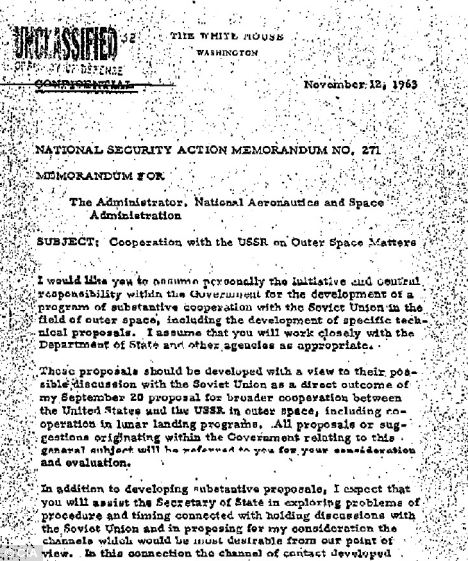 A second memo written by JFK on November 12 1963, 10 days before his assassination, which has been released by the CIA

‘One of his concerns was that a lot of these U̳F̳O̳s were being seen over the Soviet Union and he was very concerned that the Soviets might misinterpret these U̳F̳O̳s as U.S. aggression, believing that it was some of our technology,’ Mr Lester told AOL News.

‘I think this is one of the reasons why he wanted to get his hands on this information and get it away from the jurisdiction of NASA so he could say to the Soviets, “Look, that’s not us, we’re not doing it, we’re not being provocative. “.’

But conspiracy theorists said the documents add interest to a disputed file, nicknamed the ‘burned memo’, which a U̳F̳O̳ investigator claims he received in the 1990s.

The document, which has scorch marks, is claimed to have been posted to U̳F̳O̳ hunter Timothy Cooper in 1999 by an unknown CIA leak, but has never been verified.

In a note sent with the document, the apparent leaker said he worked for CIA between 1960 and 1974 and pulled the memo from a fire when the agency was burning some of its most sensitive files.

The undated memo contains a reference to ‘Lancer’, which was JFK’s S̳e̳c̳r̳e̳t̳ Service code name. 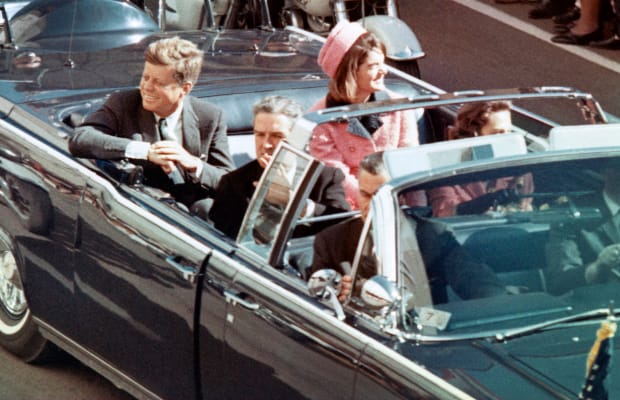 On the first page, the director of Central Intelligence wrote: ‘As you must know, Lancer has made some inquiries regarding our activities, which we cannot allow.

‘Please submit your views no later than October. Your action to this matter is critical to the continuance of the group.’

The current owner of the ‘burned memo’, who bought it from Timothy Cooper in 2001 told AOL News that it shows that when JFK asked questions about U̳F̳O̳s that the CIA ‘bumped him off’.

U̳F̳O̳ investigator Robert Wood said he has tested the paper it was printed on, the ink age, watermarks, font types and other markings.

He said: ‘I hired a forensics company to check the age of the ink and check several other things that you can date, using the same techniques you’d use in a court of law.’