The iconic telescope, which had shut recently after sustaining earthquake damage, has now collapsed.

Situated in Puerto Rico and constructed during the 1960s, the instantly recognizable Arecibo Observatory is characterized by its huge 1,000ft dish built into a natural depression in the hills.

Sadly, though, it now looks very different from its heyday – with its dish cracked and split down the center and its 900-ton receiver platform, which used to be suspended by cables 400ft above it, lying in a crumpled heap on the ground after its remaining supports failed on Tuesday.

This unfortunate end to such an iconic facility was sadly all-but inevitable after damage sustained during two recent earthquakes broke two of the cables and left it dangerously close to collapse.

Repairs had initially been planned, but when the second cable broke, it was deemed too unsafe for workers to fix and the entire observatory was officially decommissioned.

It’s just as well, too, as Tuesday’s collapse could have proven deadly if anyone had been there.

“It was a chapter of my life.” 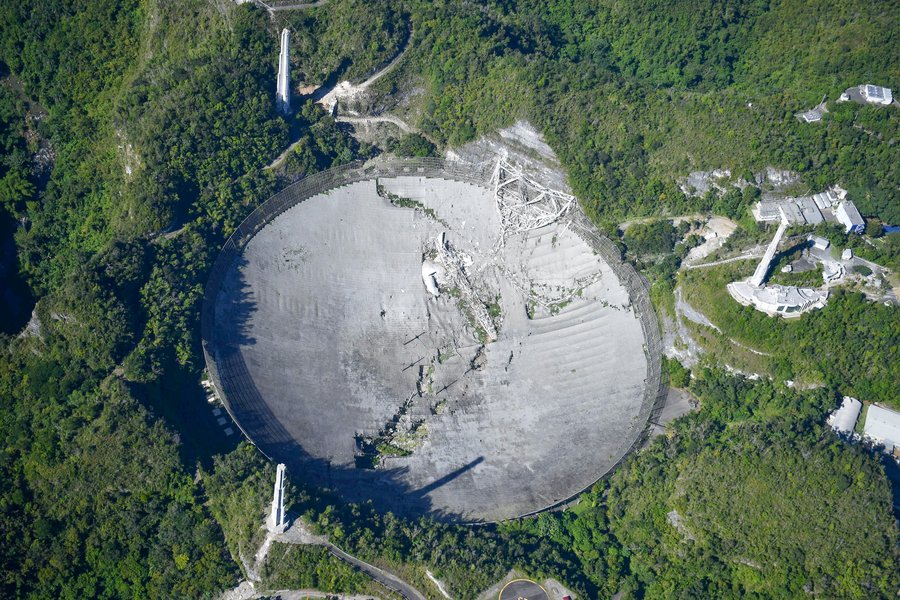