Located in the Bay of Fundy, Nova Scotia lays the Isle of Haute. Like many Islands around Nova Scotia, this one also has it owns tales of Pirate treasure. Captain Kidd was said to have used the island to hide some of his booty, but the most famous story is that of the notorious Captain Edward “Ned” Low.

Captain Ned was one of the most brutal pirates in history. He had captured at least a hundred ships during his short career, and burnt most of them. Although he was active for only three years, Low remains notorious as one of the cruelest pirates of his time, with a reputation for violently torturing his victims before killing them.
One of his brutal techniques involved tying a victim’s hands with rope between their fingers and setting it alight, burning their flesh down to the bones. Sir Arthur Conan Doyle described Low as “savage and desperate,” and a man of “amazing and grotesque brutality”.

Many surviving victims of his pirate attacks described Low as a psychopath who liked to inflict pain to others – he often chained, mutilated, burned, and even forced some captives to eat heart of their captain. 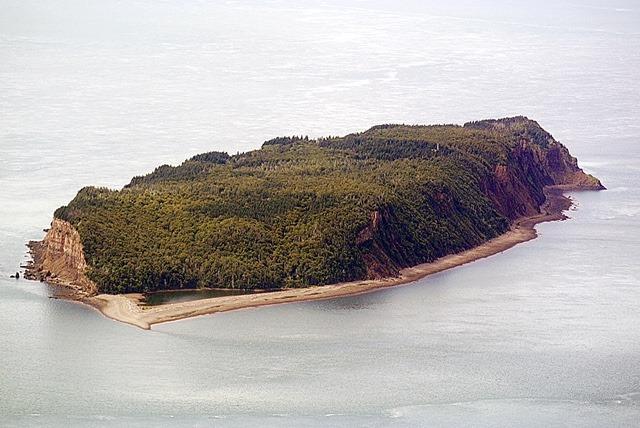 Isle Haute
Outrunning his pursuers, following a raid on the New England coast, Pirate Ned and his crew arrived in the Minas Channel in 1722. Supposedly, Ned not only buried his booty on Isle Haute, he also sacrificed one of his crew, whose ghost would guard the treasure until Ned’s return.

Ned never made it back, however, while he was in the Caribbean Sea as he was seized by his crew, set adrift and was later rescued and taken to Martinique, where he was recognized, imprisoned and executed.

Many efforts had been made to find the treasure. In 1929, Vancouver, B.C. native and notable treasure hunter Douglas Carmichael reported he had found jewels and coins on his second expedition to Isle Haute, but there was never any evidence to support his claim.

It was also reported that other treasure h̳u̳n̳t̳e̳r̳s̳ had found as much as $20,000 in gold.

The Isle of Haute received worldwide attention when Massachusetts native Edward Rowe Snow, a famous author and expert on colonial pirates, came in search of the treasure.

Snow had obtained a treasure map, reportedly made by Captain Edward “Ned” Low, showing the location of the buried treasure, and made arrangements to stay as a guest of the lighthouse keeper, John Fullerton, and arrived on Isle Haute in June of 1952. 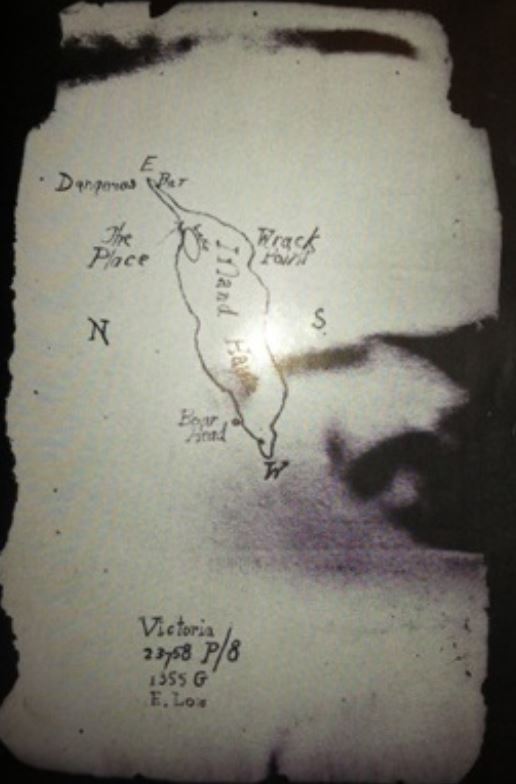 The map shows Low’s cache of treasure at “The Place” and above Low’s name, the loot of the Vessel “Victoria” as 23,758 pieces of eight, and 1,355 pieces of gold.
Snow was enthusiastic and excited to get his project underway and put the powerful “M-Scope” metal detector to work. The very next morning, Fullerton and his 15-year-old son, Donald, led Edward down a slope to the beach. With more pressing duties to attend to, the humorous lighthouse keeper told them he and his wife would be back in a few hours to help carry out the treasure.

Helping Snow to dig, Donald later left for his supper – and that was when Snow’s pick uncovered human bones. Alone in the dark, he was unnerved by the human skull that had rolled across his feet and quickly returned to the lighthouse.
Returning to the site the following morning, Edward was alone when he discovered valuable silver and gold coins under the skeleton’s remains, some of which dated back to 1710.

Even today, people travel to the Island in search of Captain Edward “Ned” Lows’ gold. It has also been said that on sunny days, if you look into the bottomless depths of the brackish pond, you may just be lucky enough to see the image of a three-masted schooner.