Retired Air Force Captain David D Schindele claimed that a U̳F̳O̳ paralyzed ten of his nuclear weapons in their silos.
The mysterious incident took place in 1966 while he was the commander of missile launch crews in the Minot Air Force Base missile field in North Dakota.
Three aging Air Force veterans came to Washington, D.C., on Tuesday to again tell their strange and extraordinary stories. 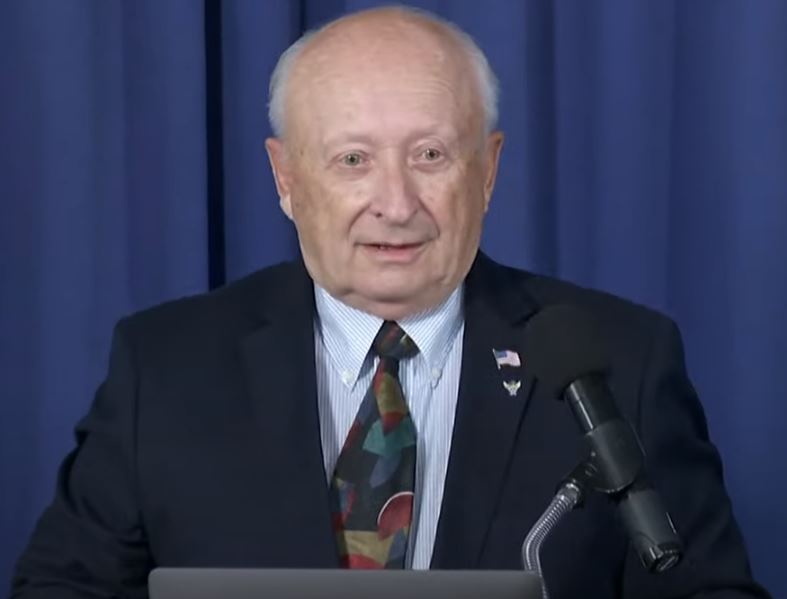 Each veteran’s story is different, but all share one central claim: In the 1960s, U̳F̳O̳s tampered with nuclear weapons managed by the Air Force, both terrifying and mystifying the airmen who experienced the encounters. Some remained silent for decades, they say, reports www.military.com.

“I waited 40 years before I opened my mouth, and that’s a long time,” said David Schindele, a retired captain who served as a nuclear missile launch control officer at Minot Air Force Base in North Dakota.

“I had this terrible secret on my mind for all that time, and I felt such great relief to finally admit to my friends and close relatives what I experienced in the Air Force.”

“I was involved in a U̳F̳O̳ incident at the time, where a flying object tampered with and took down a total of ten nuclear-tipped ICBM missiles”

Captain Schindele said he awoke in December 1966 at the base to radio reports of U̳F̳O̳ sightings by civilians in nearby Mohall.

Arriving above the underground missile control room, he was taken by the site manager to a ground-based “security centre” to tell him he and other security guards witnessed a flying saucer hovering outside a window.

Presenting a map to yesterday’s press conference, Captain Schindele said: “He [site manager] described a large object just outside the perimeter fence, with bright flashing lights, but without noise, and it hovered close to the ground.”

Captain Schindele said: “I estimated the object to be 80 to 100ft wide, based on how he estimated the size with his outstretched arms.

“After many minutes passed, the object then glided to the north end of the building and out of sight.

“But it then became visible to security guards.” 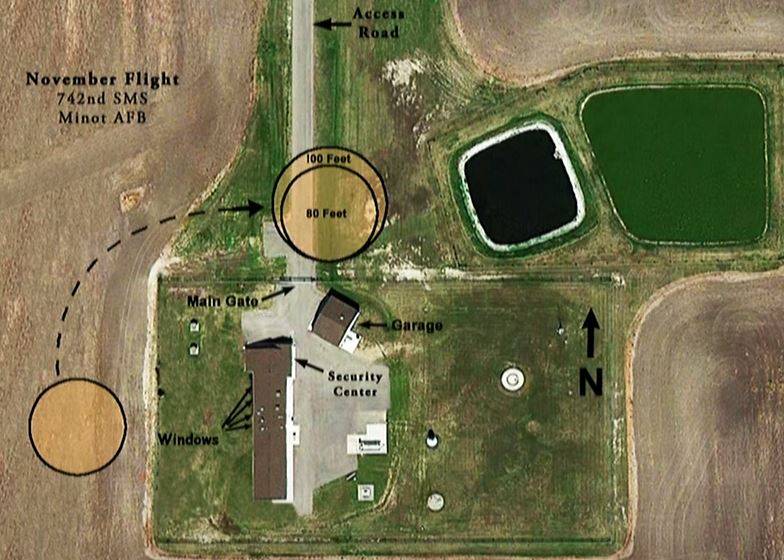 A map Captain David D Schindele presented to the press conferences, with the circle indicating the position of the U̳F̳O̳
The petrified security staff were cowering inside, peering through windows at the floating and brightly lit craft, reports www.thesun.co.uk.

Captain Schindele recalled: “It was a short period of time before the object took flight and disappeared within a second.

“They [security guards] all confirmed to us a terrifying experience to behold, which I could tell by the tone of their voice and expressions on their faces.

“They knew the object was not a helicopter. Base choppers did not fly at night, especially without notice to the facility.”

Captain Schindele said: “All the missiles indicated guidance and control system malfunction. Never had we seen a situation like this. It was all new to us.

Other accounts, such as the story told by veteran Robert Salas of a glowing red-orange craft hovering at the gate of a Minuteman intercontinental ballistic missile silo in Montana, have been told for decades and folded into the growing universe of U̳F̳O̳ lore. Salas was part of a similar press conference in the same downtown press club in 2010.