Recently, several Vietnamese newspapers reported on a rare case in which an incredibly large stone formed in a person’s bladder, occupying almost all the space inside the organ.

The victim was a 34-year-old woman named Phu Binh, who lives in the city of Thaingguyen in northeastern Vietnam. The woman had pain in the lower abdomen for a long time, and when the pains became unbearable, she finally decided to go to the hospital.

During the examination, the doctor immediately felt something very solid and large, after which he sent the patient for a computed tomography, which revealed a huge stone in her bladder. 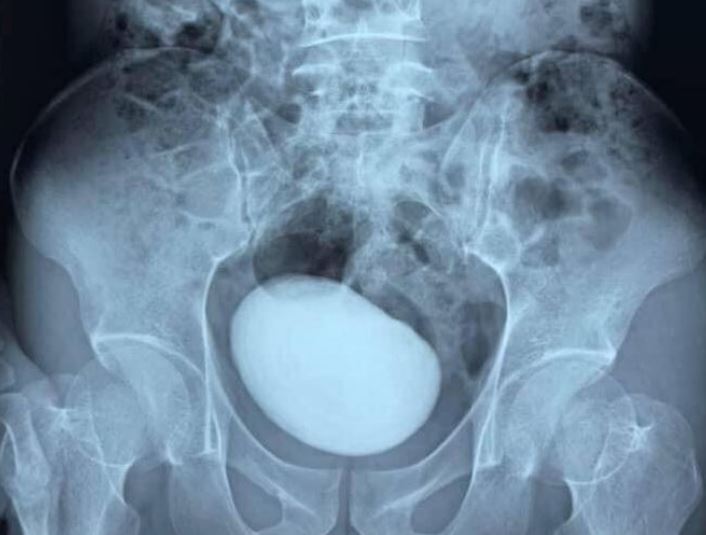 The woman was immediately prescribed an urgent operation, during which the stone was safely removed. It weighed 400 grams and was 10 cm long.

This was a unique case for the hospital, they had never seen anything like it before. The nurses even took pictures next to this stone as a keepsake. 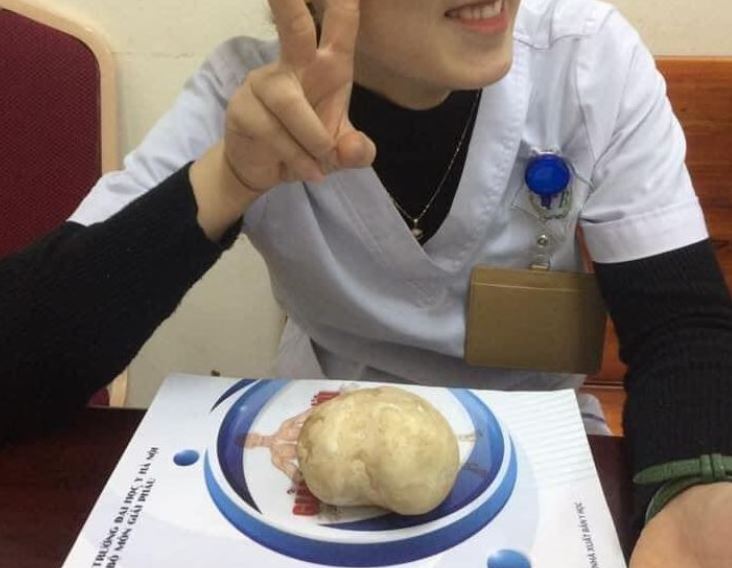 According to medical statistics, stones weighing more than 100 grams are extremely rare in the human bladder. For example, in the UK over the past decades, only 85 such cases have been recorded. And there are no general statistics about stones weighing about 400 grams at all.