The idea of self-replicating spacecraft has been applied – in theory – to several distinct “tasks”. The particular variant of this idea applied to the idea of space exploration is known as a von Neumann probe after mathematician John von Neumann, who originally concieved of them. Other variants include the Berserker and an automated terraforming seeder ship.

Von Neumann proved that the most effective way of performing large-scale mining operations such as mining an entire moon or asteroid belt would be by self-replicating spacecraft, taking advantage of their exponential growth.
In theory, a self-replicating spacecraft could be sent to a neighbouring planetary system, where it would seek out raw materials (extracted from asteroids, moons, gas giants, etc.) to create replicas of itself.

These replicas would then be sent out to other planetary systems. The original “parent” probe could then pursue its primary purpose within the star system. This mission varies widely depending on the variant of self-replicating starship proposed.

Other people said yes, antimatter rockets, that’s the way to go, and we all had this mental vision of the Enterprise going to the nearby star systems… But this is another way to do it. Think of Mother Nature.

When Mother Nature wants to propagate life, one possibility is to send out seeds, not just one or two, but millions of seeds. Most of the seeds never make it, but one or two do and as a consequence that’s how trees in forests propagate. So why not create a nano ship using nanotechnology? How big would it be? 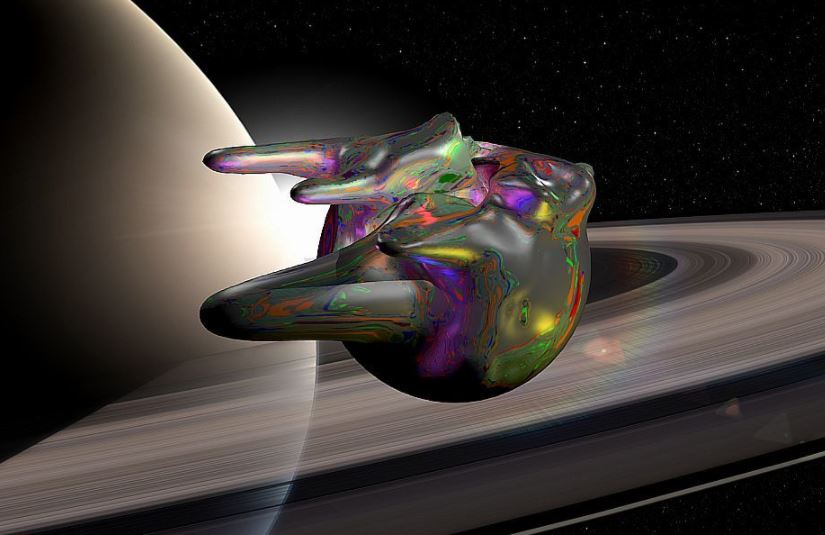 Some people like Paul Davies say it could be as big as a bread box. Other people say it could be even smaller than that. Why not something the size of a needle? And because they’re so small it wouldn’t take much to accelerate them to near the speed of light.

Now these probes would be different from ordinary probes. They would be nanobots. They would have the ability to land on a hostile terrain and create a factory just like a virus. That’s what viruses do. They replicate.

One virus can create maybe a thousand copies, then a thousand, thousand copies and then a million, billion, trillion and all of the sudden you have trillions of these things propagating through outer space.

And how would you do it? One possibility is to use the field, magnetic fields around Jupiter. Calculations have shown that you can whip around Jupiter using what is called the Faraday Effect to whip particles to perhaps near the speed of light.

The first quantitative engineering analysis of such a spacecraft was published in 1980 by Robert Freitas, in which the non-replicating Project Daedalus design was modified to include all subsystems necessary for self-replication.

The design’s strategy was to use the probe to deliver a “seed” factory with a mass of about 443 tons to a distant site, have the seed factory replicate many copies of itself there to increase its total manufacturing capacity, over a 500-year period, and then use the resulting automated industrial complex to construct more probes with a single seed factory on board each.

It has been theorized that a self-replicating starship utilizing relatively conventional theoretical methods of interstellar travel (i.e., no exotic faster-than-light propulsion, and speeds limited to an “average cruising speed” of 0.1c.) could spread throughout a galaxy the size of the Milky Way in as little as half a million years.

Implications for Fermi’s paradox
In 1981, Frank Tipler put forth an argument that e̳x̳t̳r̳a̳t̳e̳r̳r̳e̳s̳t̳r̳i̳a̳l̳ intelligences do not exist, based on the absence of von Neumann probes. Given even a moderate rate of replication and the history of the galaxy, such probes should already be common throughout space and thus, we should have already encountered them.

A response came from Carl Sagan and William Newman. Now known as Sagan’s Response[citation needed], it pointed out that in fact Tipler had underestimated the rate of replication, and that von Neumann probes should have already started to consume most of the mass in the galaxy. 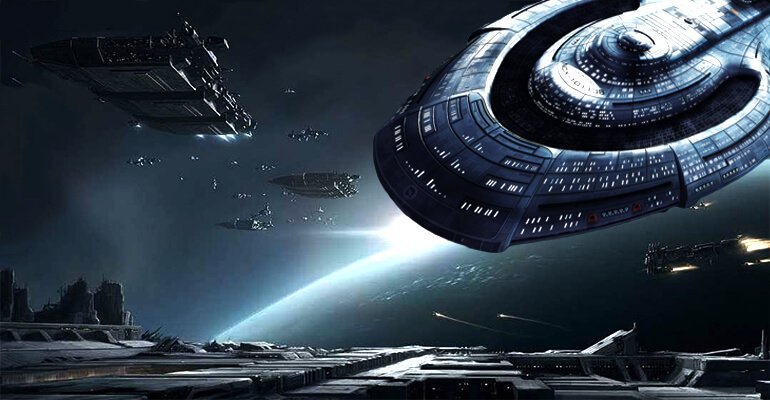 As Robert Freitas has pointed out, the assumed capacity of von Neumann probes described by both sides of the debate is unlikely in reality, and more modestly reproducing systems are unlikely to be observable in their effects on our solar system or the galaxy as a whole.

Another objection to the prevalence of von Neumann probes is that c̳i̳v̳i̳l̳i̳z̳a̳t̳i̳o̳n̳s̳ of the type that could potentially create such devices may have inherently short lifetimes, and self-destruct before so advanced a stage is reached, through such events as biological or nuclear warfare, nanoterrorism, resource exhaustion, ecological catastrophe, or pandemics.

Simple workarounds exist to avoid the over-replication scenario. Radio transmitters, or other means of wireless communication, could be used by probes programmed not to replicate beyond a certain density (such as five probes per cubic parsec) or arbitrary limit (such as ten million within one century), analogous to the Hayflick limit in cell reproduction.

One problem with this defence against uncontrolled replication is that it would only require a single probe to malfunction and begin unrestricted reproduction for the entire approach to fail – essentially a technological cancer – unless each probe also has the ability to detect such malfunction in its neighbours and implements a seek and destroy protocol (which in turn could lead to probe-on-probe space wars if faulty probes first managed to multiply to high numbers before they were found by sound ones, which could then well have programming to replicate to matching numbers so as to manage the infestation).

Another workaround is based on the need for spacecraft heating during long interstellar travel. The use of plutonium as a thermal source would limit the ability to self-replicate.

The spacecraft would have no programming to make more plutonium even if it found the required raw materials. Another is to program the spacecraft with a clear understanding of the dangers of uncontrolled replication.

And again, we don’t have these nanobots yet. We have to wait until nanotechnology becomes sufficiently developed, but when that happens perhaps the 100 year starship is not going to look like the Enterprise.

Perhaps it will look like tiny, little needles by the billions sent into outer space and maybe only a handful of them land on a distant moon to create factories.

And doesn’t that sound familiar? This is the plotline of the movie 2001. Remember that gigantic obelisk on Mars? That was the Von Neumann probe, a virus, a self-replicating probe that can then explore the universe near the speed of light.