The world is full of mysterious structures. While some of these enigmatic buildings are modern, the majority are ancient and even more baffling.

Because while the Georgia Guidestones are pretty opaque in terms of their meaning and the motivation of their builder, at the very least we know that they were built using modern machinery.

Structures like the moai of Easter Island and the Serpent Mound near Peebles, Ohio are harder to fathom, because they were built in a time and place where the only tools available were made of stone and wood and the only power was human muscle. 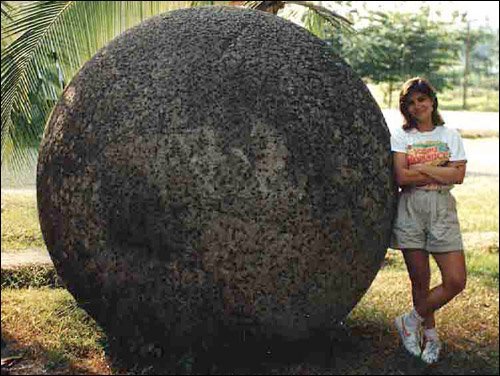 Not all mystery structures have to be on the megalithic scale of the moai or Serpent Mound though. By comparison, the stone spheres of Costa Rica are miniscule, but no less mysterious.

Costa Rica’s stone spheres are, as archeological mysteries go, relatively recent. People have been wondering at Stonehenge and the Great Pyramids for thousands of years, while the stone spheres were only studied scientifically in the 1930s.

Around 300 of the stone balls are known to exist in Costa Rica, most of them clustered in the Disquis Delta region. The largest weigh in at a hefty 16 tons, and measure eight feet in diameter, while the smallest can be lifted easily by a single person. 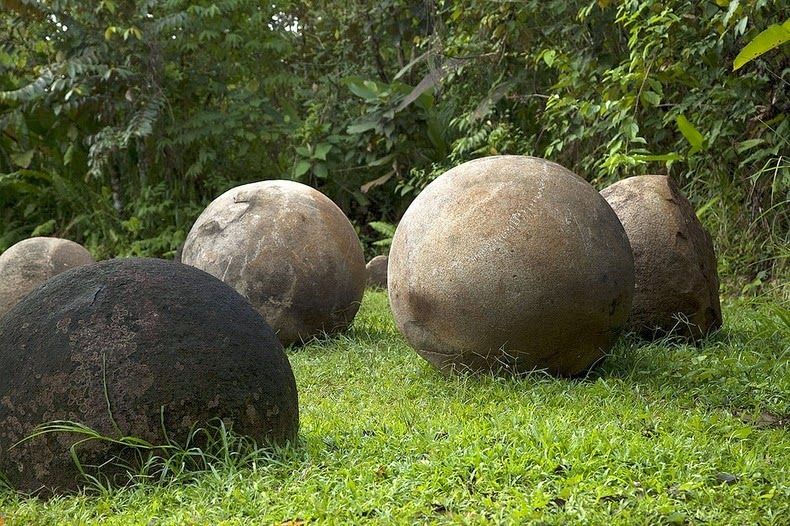 Many remain in their original places, but several have been moved due to human actions, be it in an attempt to preserve them or by vandals.

Not a whole lot is known about the motivations of the people who built the spheres. Pottery near the sites date the spheres to between 600 AD and 1000 AD, well before the Spanish conquests.

This of course is a problematic way to date the objects because it tells you the last time that people were using the area around the spheres, but it doesn’t tell you whether those people actually were the builders.

A giant stone structure can stand for thousand of years and see a variety of uses during its lifetime. For example, ancient pagan temples were often re-purposed by Christians as churches, before eventually falling into ruin.

Decades of study, but no clear answers

The absence of hard evidence has created a vacuum of facts around the stone spheres, a vacuum that many are all too happy to fill with psuedo-scientific speculation.

“Theories” surrounding the origins of the stones range from ancient aliens (a staple explanation for large mystery structures) to them being built by survivors from Atlantis. However, explanations that themselves are not based in fact explain nothing. 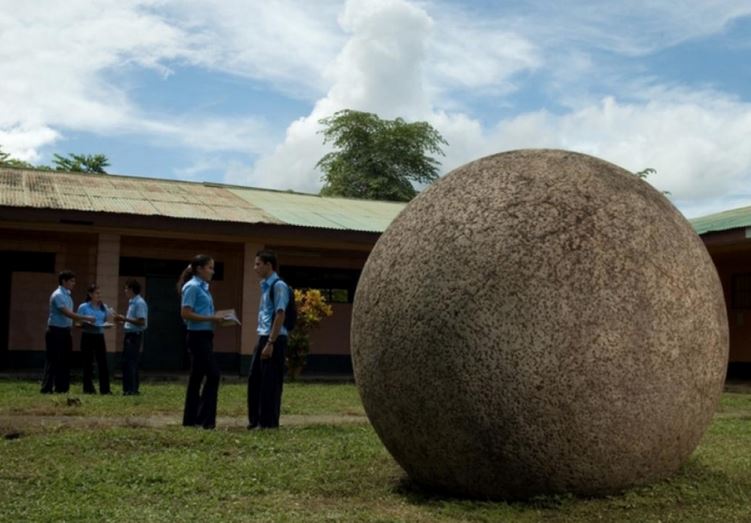 The fact is that we just don’t know who built the spheres or why. We can get a general idea of what they were like from other cultures in the area that are better documented.

Central America has a long history of large scale stone work, so it wouldn’t be a stretch to say that whoever carved the spheres had a similar skill set available.

They could have carved the spheres from local rock, and since they’re spheres it wouldn’t have exactly taken a tribe of rocket scientists to figure out how to move them into place.

As to why they did it, we may never known. The builders did not leave any writing to posterity, so archeologists are left piecing together their motivations from the structures themselves. The stones aren’t saying much though, and so the mystery remains.