Corrupted angels, the Nephilim, tremendous lifespans, a great deluge, and A̳n̳c̳i̳e̳n̳t̳ and advanced knowledge are a few of the topics discussed in The Book of Enoch, an A̳n̳c̳i̳e̳n̳t̳ manuscript comprising various tales narrated by Enoch, an attested Biblical figure and grandfather of Noah who was in direct contact with the Divine Creator.

The Ethiopian Bible is the oldest and most complete bible in existence. It’s comprised of 88 books, far surpassing the King James version which has only 66.

The missing texts are not included in the conventional version of the Bible due to their challenging nature, although their authors have been attested and their work revered by early Christians.

The following are the missing scripts: The Book of Enoch, Esdras, Buruch, Maccabee, and various others that never made it to the current version of the bible.

Before being translated into Greek and Aramic, the Ethiopian Bible was written in the extinct Ethiopian dialect known as Ge’ez, attesting it as the oldest holy scripture in the world, 800 years earlier before the King James version had surfaced.

Enoch was the great great grandfather of Noah, the seventh generation of humans after Adam. Because of his rightfulness, he was chosen by God to do His bidding and deliver His words, particularly after the Earth became corrupt due to the irresponsible deeds of a superior order of angels with striking human appearance, also referred to as ‘The Watchers’. 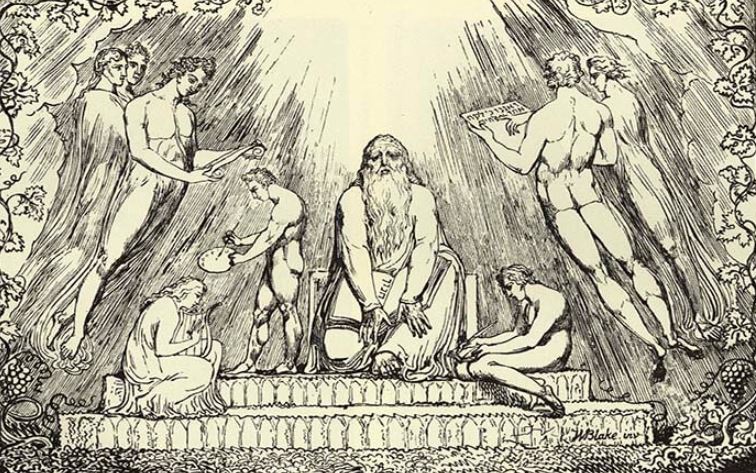 Enoch was the messenger of God, and the one to receive his knowledgeable words and spread them across the land. In the end, he was taken by God into His kingdom, thus escaping his earthly demise that would sooner or later be upon him.

By faith Enoch was taken from this life, so that he did not experience de̳a̳t̳h̳: ‘He could not be found, because God had taken him away.’ For before he was taken, he was commended as one who pleased God.” – Hebrews 11:5

It’s no wonder why the Book of Enoch hadn’t been included into the modern biblical version, since its content speaks of wicked angels who became found of mortal women and had mated with them, giving birth to the hybrid race of giant humanoids known throughout secular and Biblical history as the Nephilim.

“And it came to pass when the children of men had multiplied that in those days were born unto them beautiful and comely daughters.

“And the angels, the children of the heaven, saw and lusted after them, and said to one another: ‘Come, let us choose us wives from among the children of men and beget us children.’ And Semjâzâ, who was their leader,said unto them: ‘I fear ye will not indeed agree to do this deed, and I alone shall have to pay the penalty of a great sin.’

When the angels descended upon the Earth, they started offering gifts of knowledge to both mortal men and women, thus defying the will of the creator of an unaltered race of humans with a will of their own. In exchange, the angels demanded respect and adoration, but unaware they were of the chaos they had instituted.

“And Azâzêl taught men to make swords, and knives, and shields, and breastplates, and made known to them the metals of the earth and the art of working them, and bracelets, and ornaments, and the use of antimony, and the beautifying of the eyelids, and all kinds of costly stones, and all coloring tinctures. And there arose much godlessness, and they committed fornication, and they were led astray, and became corrupt in all their ways. 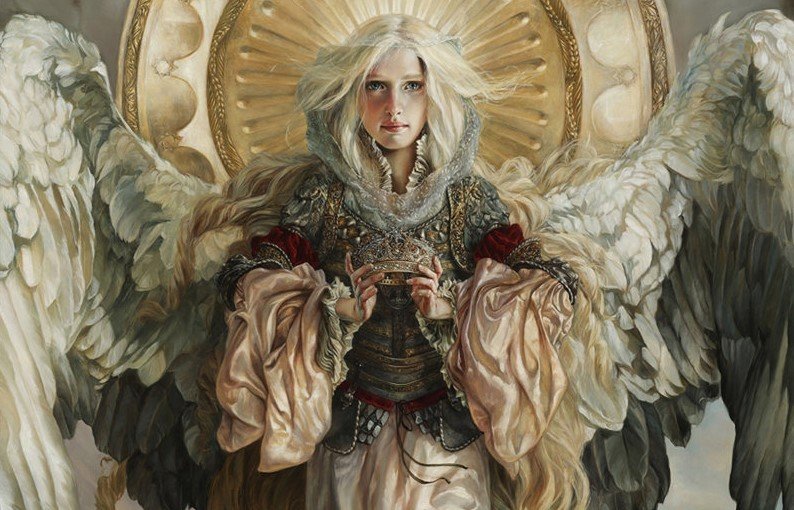 All living creatures became impended in one way or another by the new order of things. The angels didn’t realize that humans were too unripe and gullible to be taught so much knowledge at once. As a consequence, the Earth became reddened from the blood of her creatures, and all living beings then became prone to divine cleansing.

“And all the others together with them took unto themselves wives, and each chose for himself one, and they began to go in unto them and to defile themselves with them, and they taught them charms and enchantments, and the cutting of roots, and made them acquainted with plants. And they became pregnant, and they bare great giants, whose height was three thousand ells: Who consumed all the acquisitions of men.

“And when men could no longer sustain them, the giants turned against them and devoured mankind. And they began to sin against birds, and beasts, and reptiles, and fish, and to devour one another’s flesh, and drink the blood. Then the earth laid accusation against lawless ones.“

The conception of the Nephilim was the first ordeal humans had to face,as there was no way to overcome the needs of those supersized humanoids. Intervening into the natural order of things had infuriated The Creator, so ‘The Watchers’ and all that had been corrupted were about to taste retribution.

“And destroy all the spirits of the reprobate and the children of the Watchers, because they have wronged mankind. Destroy all wrong from the face of the earth and let every evil work come to an end: and let the plant of righteousness and truth appear: and it shall prove a blessing; the works of righteousness and truth’ shall be planted in truth and joy for evermore.”

Needless to say that the global demise took the form of a great flood, and Noah was informed of this through the ascribed words of his forefather Enoch, and was allowed to perpetuate the human species, as well as preserve countless other wildlife. 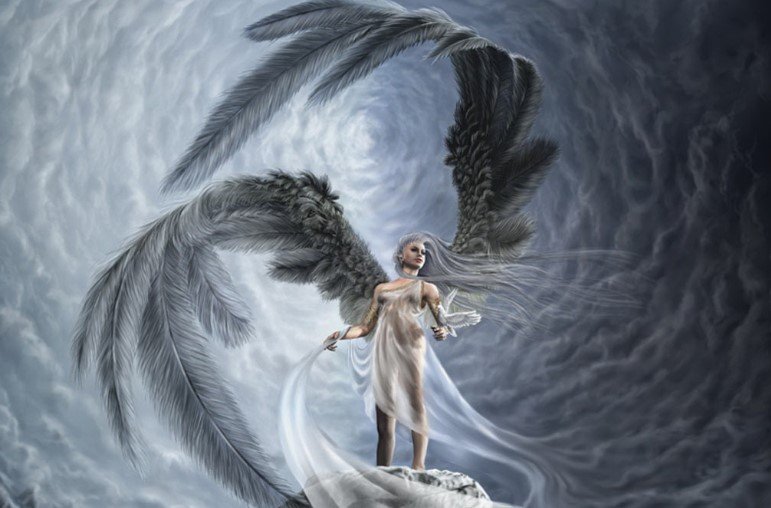 “Then said the Most High, the Holy and Great One spake, and sent Uriel to the son of Lamech, and said to him: ‘Go to Noah and tell him in my name “Hide thyself!” and reveal to him the end that is approaching: that the whole earth will be destroyed, and a deluge is about to come upon the whole earth, and will destroy all that is on it. And now instruct him that he may escape and his seed may be preserved for all the generations of the world.’

Although some may find it hard to believe, the great flood had been scheduled long before Noah came to be, and it was his great great grandfather that had spread the divine word. The cataclysm was inevitable, as prior to that moment in time inhabitants of the Earth became corrupted and could no longer live in peace.

The Book of Enoch tells many controversial stories of a time in a way similar to what we experience today, but with some major differences. Before the great deluge, humans had tremendous lifespans, fact attested by the Sumerian King List and the Egyptian Pharaoh’s timeline.

Although historians still consider this time frame in human history as unproved and fictional, there are numerous accounts speaking of those days when “gods walked among men,” when mythological creatures were not just a figment of imagination, and 100 years of life marked only the beginning of ones journey.

Today, it seems that our remote history is either not allowed to surface because it would turn the instituted order to bits, or because that cycle of human history was never meant to be known, for some really intriguing reason.

How much this seclusion is benefiting mankind we can only speculate, but I believe that such insight would offer us relief, and that’s exactly what we need to become at peace with ourselves and the universe of which we’re all part of.

You can find the forbidden Book of Enoch with an extended commentary by accessing this link.