A few days ago, after an unusually strong tide, a huge stone road surfaced from beneath the waters of the Pacific Ocean, reports strangesounds.org.

The stone road appears to have been made of giant cobblestones. Is it man made? If yes, who would have been capable of moving such huge blocks of rock… And for what purpose? such Or just Mother Nature? These questions must be answered by specialists in geology.

The strange event lasted enough time for surprised residents of Sakhalin Island, in the far east of Russia, to immortalize the unexpected structure.

As you might known, Sakhalin Island is the largest island in the Russian Federation and is located in the North Pacific Ocean and borders the Japanese islands to the south. 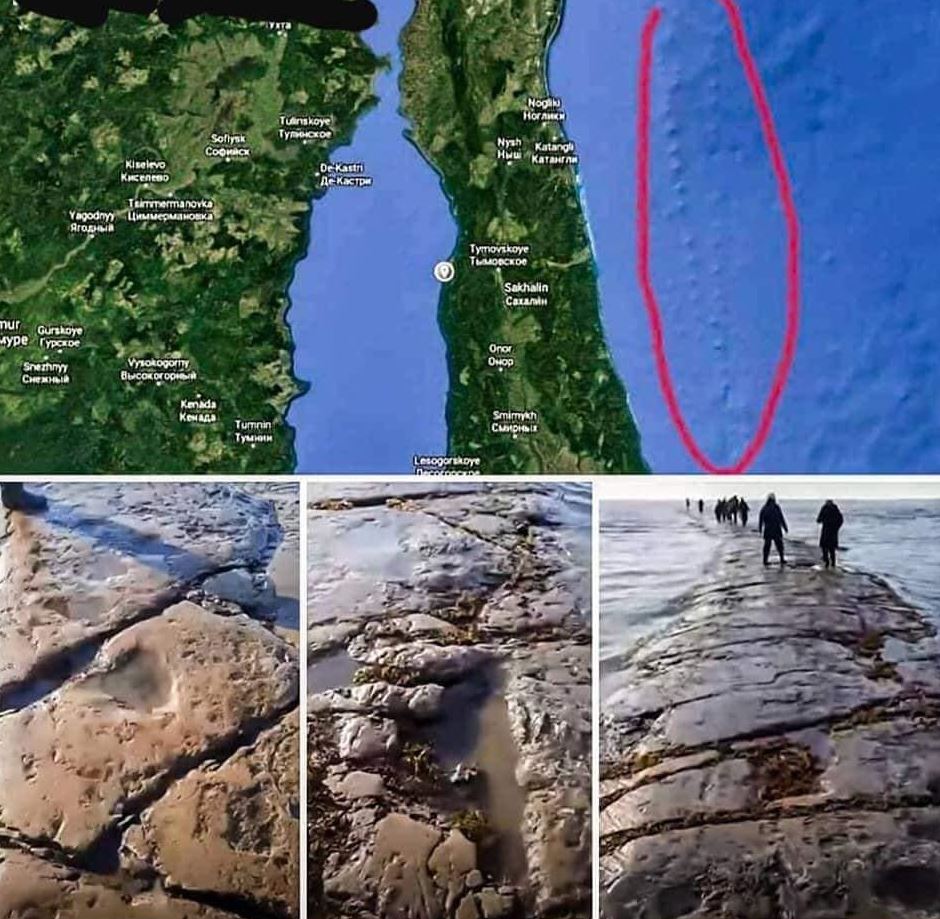 Other strange underwater formations are visible via Google Earth along the same coastline just further north.

Is it man-made? Or is it just another artwork of Mother Nature? These questions must be answered by specialists in geology.