Some things happening on planet earth today just don’t make sense if you’re looking at them from the perspective of an ordinary human being.

For one example, look at the amount of financial debt being accrued around the world. We’re talking trillions and trillions of dollars. It seems utterly cartoonish that human beings could owe this much money to other human beings. The numbers actually make more sense if consider that our creditors may actually be off-planet entities.
Take also for example, the widespread industrial scale destruction of the planet. The Athabasca oil sands project in Alberta, Canada, is a scorched earth endeavor so large it is being compared to the Great Pyramids of Giza and the Great Wall of China. 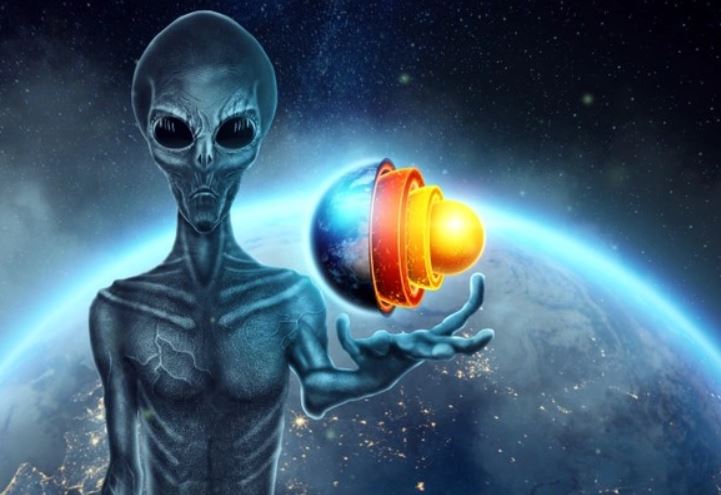 Mountaintop removal in the Appalachians, the end of the Amazon, such callousness about Fukushima… none of it makes sense.

But if you expand the realm of possibility when trying to comprehend all of this, it actually makes more sense that the driving forces behind such wholesale destruction of the planet aren’t from here. Those pressing for all of this aren’t dependent on these ecosystems for life.

Perhaps our earth is being used by off-planet entities for its resources, and the planet is being actively terraformed to maximize the efficiency of resource extraction.

Terraforming is, “the hypothetical process of deliberately modifying its [a planet’s] atmosphere, temperature, surface topography or ecology to be similar to the environment of Earth to make it habitable by Earth-like life.”

They use the term hypothetical because as far as we know it has never been done, however, a holistic look at events on earth at present fit the description of terraforming, except in reverse. Earth is being terraformed to look like some other place.

Writer V. Susan Ferguson wonders if an extraterrestrial race is already here, in the millions, and if the planet is being altered to be more favorable to their particular needs.

“They are Terraforming our Earth to make it suitable for the hybrids that are now said to number in the millions. A planet that has been slowly chemically altered, made physically denser, warmer, drier and slightly more radioactive and methane-rich is evident.

“The insanity of building nuclear power plants next to ocean shores as in Fukushima show an intent to increase radiation. The melting of the Arctic, Greenland, and Antarctica is causing the release of vast amounts of methane. Are the hybrids immune to large amounts of radiation and methane. Do aluminum resistant GMOs agree with their immune systems?” [Source]

Is this the hypothesis that most accurately fits a world where geoengineering is broadly evident and is more and more frequently described by the mainstream news as a necessary part of adapting to climate change?

“Unknown to most, it became exceedingly clear by approximately 2025 that governments had in fact reengineered [geoengineered]Earth’s atmosphere, its oceans and the planet’s electromagnetic grid to facilitate the use of scalar and sonic technology in such a way as was harmful and in some cases detrimental globally.” ~ Timeline Collapse & Universal Ascension, E.M. Nicolay & H.L. Jang

These projects are so massive and involve complex cooperation between industry and government. Regarding the amount of investment it takes to finance projects like these, Timothy Good in his book Earth An Alien Enterprise: The Shocking Truth Behind the Greatest Cover-Up in Human History quotes William J. Pawlec, a former U.S. Air Force computer and programming specialist:

“What concerns me is when these projects go ‘beyond black’ — people with ulterior motives have gotten in control of these projects and/or the funding of them, and/or the ability of what is really scary, to write their own unlimited checks with no recourse to anybody.

“They are not even a budget item anymore. They literally authorize the Treasury to cut them checks, [and] it becomes evident that they have agendas that are independent of the goals of the United States. And the attitude is seemingly one of control — power and control.” ~ William J. Pawlec 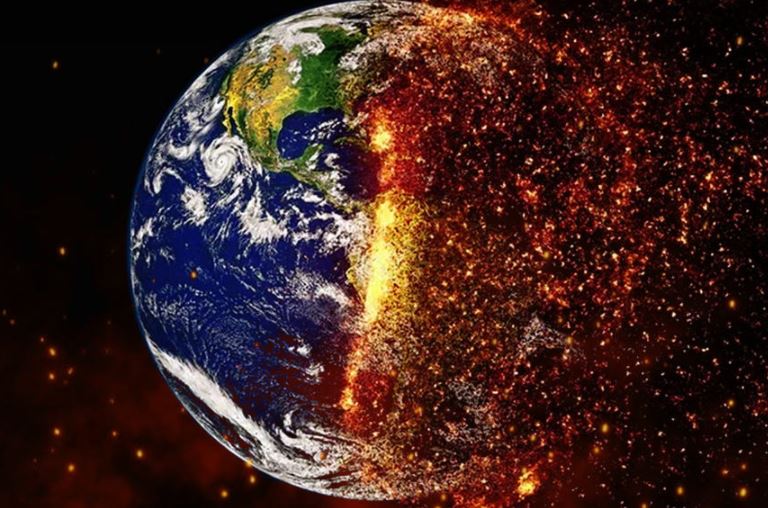 Meanwhile, the demolition of the environment only accelerates, and all the while it appears that nature is somehow being weaponized so that both the weather and the earth’s electromagnetic field can be utilized for geopolitical ends.

Regarding the use of technology to reshape the earth’s electromagnetic environment, Ferguson refers to Nicolay:

Nicolay says that perhaps the most destructive use of these technologies that have ‘weaponized’ our atmosphere is the use of the Earth itself “as a medium for transmitting massive scalar and electromagnetic energy waves that could silently be used for enormously destructive purposes anywhere in the world.”

Awareness of the potential for bullying countries into agreements regarding trade and military installations can be considered when we read of unprecedented anomalous hurricanes, tsunamis, floods, droughts, and bizarre firestorms.

They blame these occurrences on global warming, which then justifies more geoengineering. Read between the lines. Our planet is dying.

Nicolay: “By the mid to late 2010’s hardly any region on Earth was free of the newly ionized and metalized atmosphere, or by virtue of particle fallout, the ionization of the electromagnetic grid system of the planet.

“Earth itself, and its atmosphere, were [are] now the ideal medium for the transfer of vast waves of scalar energy, which could be used to control weather patterns, control natural phenomena, or directed and delivered with near pinpoint accuracy and devastating results.” [Source]

There is something to think about here. We can ignore these problems all we want, but they are not going away, but will rather continue to exacerbate environmental and societal stress.

Our current popular understanding of how the world is managed does not have an explanation for such heinous crimes against mother nature, of which we are the ultimate victims.

Could there be some sort of extraterrestrial or breakaway civilization having its way with this planet, for some end which we cannot be allowed to know for certain?