“What has been will be again, what has been done will be done again; there is nothing new under the sun.” – Ecclesiastes 1:9

This holds true for many aspects of life. But how far can this idiom be taken?

As we all know, the first nuclear bomb was detonated on July 16, 1945 at the White Sands Proving Ground in Los Alamos, New Mexico. But was that really the first time the Earth had witnessed a nuclear explosion? According to the Mahabharata, a Sanskrit epic of A̳n̳c̳i̳e̳n̳t̳ India, nuclear war has already taken place, some 4,000 years ago.

This 1.8 million-word text tells the tale of a devastating conflict that culminated with the utter destruction typical in the case of an atomic blast.

The manuscripts say that using flying machines called Vimanas, humans deployed ” a single projectile charged with all the power of the universe.” Sounds familiar? They go on saying that this projectile caused an incandescent pillar of smoke and fire “as bright as ten thousand suns”.

The Earth shook and arrows of flame rained continuously. The scorching heat caused the de̳a̳t̳h̳ of animals and humans alike. The waters boiled, killing off all forms of aquatic life. Soon after, hair and nails started falling out, food was poisoned and pottery cracked without cause.

The Mahabharata is regarded as mostly mythic but one would wonder how could people describe the particularities of a nuclear explosion without witnessing it firsthand. And the A̳n̳c̳i̳e̳n̳t̳ Indian epic isn’t the only scripture that alludes to a disaster of this kind.

In the Bible we have the story of Joseph, recorded in the book of Genesis. After being sold as a slave in Egypt he manages to gain great favor from the pharaoh by interpreting his dream and warning him of the impending famine. What could have caused a seven-year famine in the entire world at the time?

Some say that this scenario is compatible with the nuclear winter following the detonation of a powerful enough nuclear bomb. Another interesting aspect is that the average lifespan of the generations preceding Joseph was around 200 years but those following him do not exceed 130 years. 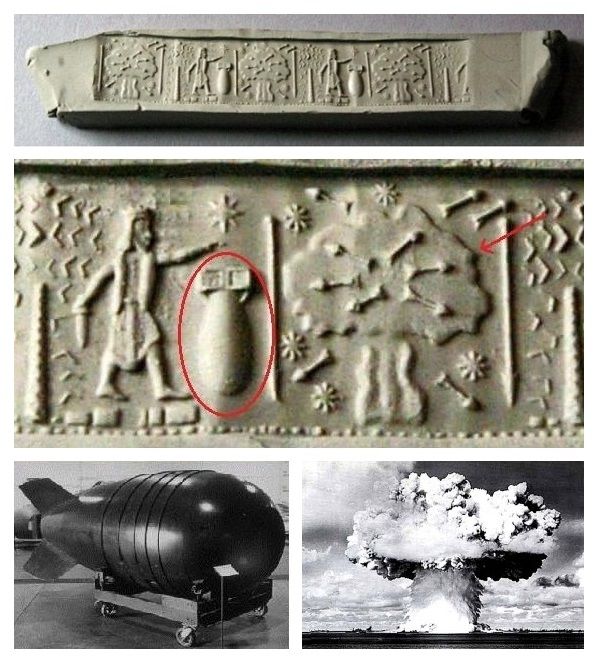 According to the Bible, this event took place roughly 2000 years before the birth of Christ. Some would argue that the Bible cannot be considered a legitimate historical source but sometimes connecting the dots leads to interesting results.

And then we have the legend of Atlantis. The Atlanteans were a technologically advanced civilization. They too possessed flying machines called vailxi and they also had fearsome weapons of mass destruction. This is largely a work of fiction propagated by Plato, but the legend of Atlantis mentions an entire continent sinking to the bottom of the ocean in a cataclysmic manner.

Robert Oppenheimer had a leading role in the Manhattan Project – the program that created the atomic bomb. When a reporter asked him “How does it feel to be the father of the atomic bomb?” he responded with another question: “You mean in modern times?” Witnessing the detonation firsthand, he famously quoted the Bhagvad Gita, a part of the Mahabharata, saying “Now I am become D̳e̳a̳t̳h̳, the destroyer of worlds.”

This subject is obstinately avoided by the scientific community but there is evidence supporting events such as this one. This evidence routinely comes in the form of fused glass fragments found in many deserts all over the world.

These pieces of glass closely resemble those found at the Alamogordo atomic proving grounds. Desert glass forms when temperatures in excess of 3,300 degrees Fahrenheit (1,800º Celsius) cause the sand grains to melt and fuse together.

They were first described by Patrick Clayton who encountered them while surveying the Sahara in 1932. Clayton discovered huge chunks of yellowish-green glass in the sand and presented them to fellow geologists. A possible explanation came almost 50 years later when one of the engineers that helped create the atomic bomb was revisiting the testing site in New Mexico. He noticed glass fragments that were similar to those he had seen in the desert, albeit much smaller. 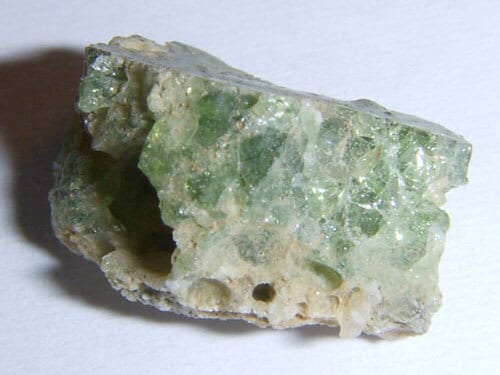 Being open-minded, he made a connection. Being an engineer, he did the math and was astounded by the results.

In order to produce desert glass the size of the pieces found by Clayton, the explosion had to have been 10,000 more powerful than the one in New Mexico.

A very plausible explanation was proposed: the glass had formed due to asteroid/ comet/ giant meteorite impacts. Such impacts would certainly fit the profile as they cold easily produce the tremendous amount of heat required to fuse silicon crystals.

But an impact that great would also leave behind a noticeably large crater and no such craters were found in the desert.

Glass was found in the Sahara, the Mojave and the Desert of Libya but neither sonar nor satellite imagery could find any accompanying craters.

Furthermore, the Libyan glass had a very high purity and clarity (over 99 percent). In the case of meteorite impact, the silicon is fused together with iron from the meteorite itself as well as other adulterants. 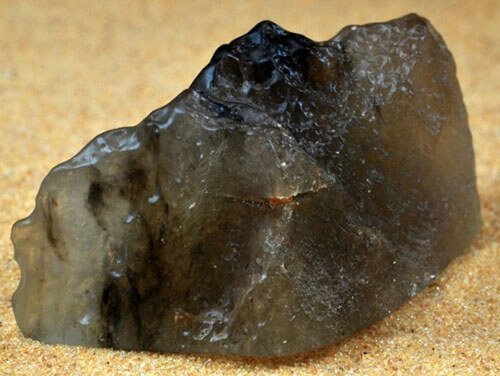 When we piece together all the clues, the picture becomes clearer and we have to ask ourselves: is it truly impossible that A̳n̳c̳i̳e̳n̳t̳ c̳i̳v̳i̳l̳i̳z̳a̳t̳i̳o̳n̳s̳ reached a technological level similar to others?

Have we truly explored all possibilities? After all, depictions of terrible weapons capable to obliterate entire cities are found in the legends of many cultures, separated by both space and time. Were those depictions nothing more than the work of human imagination envisioning the superlative weapon? What about the physical evidence then? Where does it fit?

In our opinion, considering ourselves the first and only civilization on Earth to have split the atom is nothing short of absolute vanity.