Rendlesham is a large pine forest in Suffolk, England and the leading role of one of the most popular U̳F̳O̳ incidents. Near the Forest are twin NATO air bases, RAF Bentwaters and RAF Woodbridge that were being leased to the United States Air Force at the time.

The Rendlesham Forest incident is the UK’s best documented U̳F̳O̳ case, and these are the details.

In 1980, in the early hours of December 26, John Burroughs and Jim Penniston of the USAF, were investigating a suspected civilian aircraft crash. But, instead, they claimed to have found an unidentifiable craft on the Forest floor. 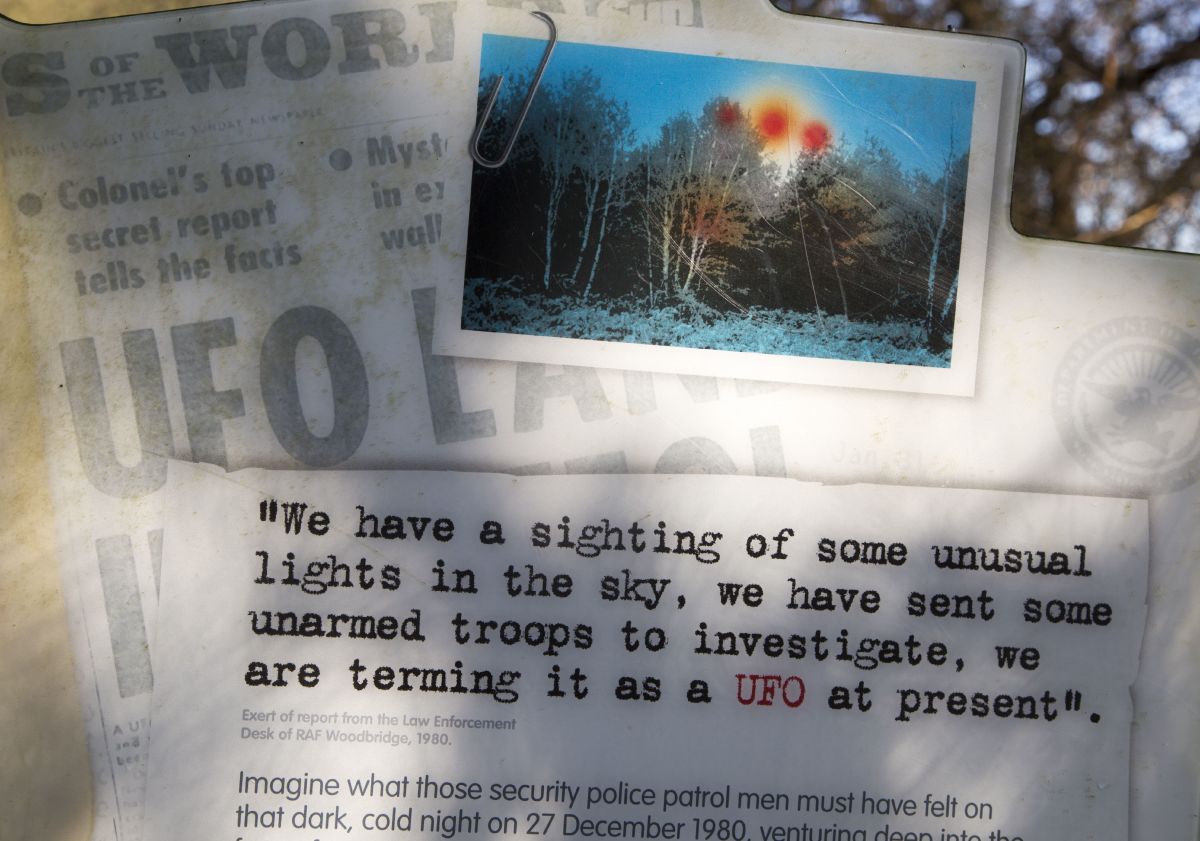 The craft appeared to be a “strange glowing object” as they got closer. Penniston says that he was close enough to the object to see hieroglyphic symbols on it; he was even close enough to touch it.

“The fabric of the shell was more like a smooth, opaque, black glass”, describes Penniston. It was triangular in shape, metallic, and approximately 3 meters across and 2 meters in height. There was a reddish light on top of the craft and blue lights on the bottom. It appeared to be standing on legs or hovering just above the ground.

Penniston and Burroughs watched the craft rise after some time, and at very high speed it accelerated away from them. So further investigation continued in the days to follow. There were landing marks found in the ground where the two USAF members claimed to have seen the craft.

Three depressions from the landing gear, each identically 1.5 inches deep and 7 inches in diameter. Burn marks were found on the sides of nearby trees. And through beta/gama tests, moderate radiation levels were found in the specific area. 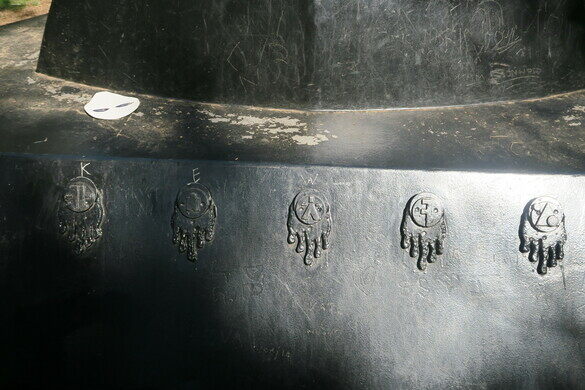 Two nights later, Deputy Base Commander Charles Halt set out to investigate the Forest. He reports seeing a sun-like light through the trees that was moving around and pulsing in the sky.

The light appeared to throw off glowing particles before breaking into five separate white objects which quickly disappeared. Immediately after, three star-like objects were noticed in the sky. There were two to the North, and one to the South. They all had red, green and blue lights and moved rapidly in sharp movements.

“It looks like an eye winking at you… And the flash is so bright to the star scope that it almost burns your eye.” Charles Halt reports.

That night, Soldier Larry warren and Sgt Adrien Bustinza were sent out on patrol with other military personnel. After 11 p.m., the men got into their trucks to head toward the field where the lights were previously spotted.

When they got closer to the field, Warren sees “disaster preparedness officers out here with Geiger counters, going in an almost half-clockwise motion around this thing on the ground.” He then claims to have seen a small red light coming from the coast. 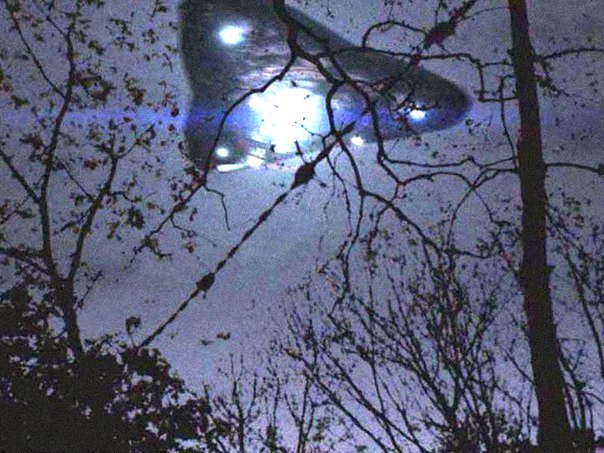 “It moved in a downward arc, so fast. [It] stopped and hovered about 20 feet off the ground.” He described it as the size of an American basketball. All of a sudden, he says, it explodes and a craft immediately appears on the forest floor.

The men were ordered to leave the site. After leaving the site, they both recall Wing Commander Gordon Williams approach the craft. They then saw Williams speaking to an a̳l̳i̳e̳n̳ being who had “what looked like eyes, facial features, bright clothing and some other device.”

Around 4:30 a.m., Bustinza sees the craft fly away. “When it took off, it was, like, hovering. It went up and, like, took off at about a 45 degree angle, and if you would have blinked, you would have missed it.”

Newly released national archives say that the entity was 1.5 meters tall and wearing nylon coated pressure suits. The intelligence was recorded speaking in an electronically synthesized American English speaking accent. They were reported to have three fingers, claw like hands with opposable thumbs.

However, the report made by MoD and RAF suggest that there were no indications that the UK’s air defenses had been breached.

In 2014 Daniel Simpson directed and filmed “The Rendlesham U̳F̳O̳ I̳n̳c̳i̳d̳e̳n̳t̳” in the Rendlesham Forest. He found a series of mysterious hatches while filming the movie. Forestry Commissions towed one of the hatches off which opened up to a ladder going down. He was told that they were drainage systems for the airfield.

Perhaps, over time, more evidence will surface on the Rendlesham U̳F̳O̳ case, and perhaps there will be more sightings. All we know is that the mysterious Rendlesham Forest either attracts intelligent life from beyond, or it attracts fascinating stories from the imaginations of clever minds. What do you think the truth is?